Gram’s method is also called gram staining and gram stain. Usually, it is used to differentiate between different types of bacteria i.e., gram-positive bacteria and gram-negative bacteria. Hans Christian Gram is a Danish bacteriologist who named this stain and developed this method. The basic function of this technique is to differentiate between bacteria on the basis of the chemical and physical properties of the cell walls. The difference of the cells can be identified by the cell wall as the gram-negative bacteria has a thin cell wall due to which the violet stain gets washed out with ethanol whereas the cell wall of gram-positive bacteria is thicker because of which violet stain stays out and give pink color to the bacteria. Normally fuchsine or safranin are used to stain the bacteria. There’s an iodine solution i.e., Lugol’s iodine which is poured after violet stain to make a strong bond between the dye and the cell membrane. Whenever any bacterial identification is carried out the basic primary step is to check the type of bacteria it is which is done by gram staining. As if in terms of research and clinical field this technique is very important but all bacteria can’t get differentiated by this technique. New groups i.e., gram variable and gram-intermediate groups are formed through this technique only. This technique was developed in Berlin while working in the morgue at a city hospital by Hans Christian Gram and Carl Friedlander. Initially, it was developed to see bacteria more clearly on the lung tissue and not for differentiating bacteria. He first published a report in 1884 on this method concluding that the stain doesn’t stay in typhus bacillus. The most common, most usable, and important technique for the differentiation of bacteria is gram staining. Also helpful in the classification and differentiation of microorganisms. 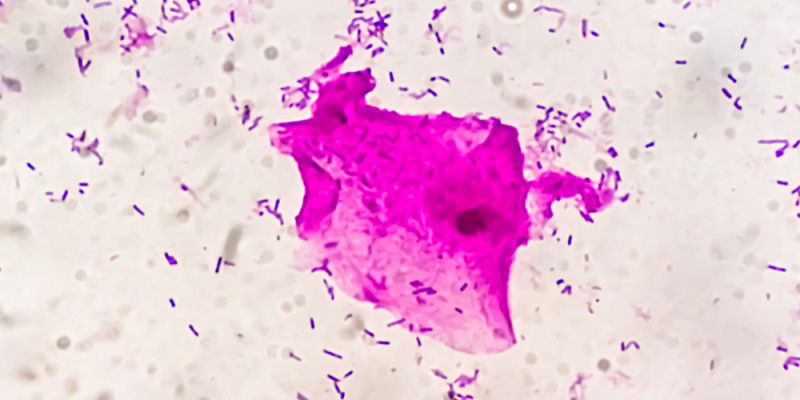 The gram +ve bacteria retain the blue color because the thick cell wall is present.

Normal reagent which is used in this technique are as follows-

There are different steps in this procedure which is needed to be followed step by side to successfully complete this technique. Those steps are given below-

The main purpose of this technique is the identification of the different types of bacteria i.e., the difference between gram-positive and gram-negative bacteria. It is a laboratory technique that can only be performed in labs. The main thing which is responsible to give color to the bacteria is their cell wall composition and thickness. There are a lot of bacterial families and species which can not get differentiated by this technique. For e.g., archaea, mainly archaebacteria. Some of the bacteria are gram-variable which means they can stain anyone either positive or negative while some are doesn’t stain any dye, they neither come under positive nor under negative. Such bacteria which doesn’t come under either the negative or positive category such bacteria are not identified by this technique. There are other techniques that are used for such bacteria. For such bacteria genetic sequencing, molecular techniques are used for their identification in detail. In medical research, this technique is very helpful. When the infection is there inpatient then staining is done on the fluid of his body. This technique is fast result giving so it is used more often than culturing in the case of infection. It is also used in the treatment of the patient. It is used in some special cases of infection. For e.g., in septic arthritis synovial fluid is used for gram staining, and in meningitis cerebrospinal fluid is used for diagnosis. In case of infection in the throat, lungs, skin wounds, or genitals this technique is used. It is also used to check infection in some body fluids such as urine and blood.

Question 1: What is the most important and crucial step in staining?

As the main purpose of this staining is to differentiate between positive and negative bacteria. Decolorization is very important step in this technique because it rinses off the violet crystal dye and then help in differentiating between the bacteria.

There are four components in this stain that are-

Decolorizer (acetone/ethanol), Mordant (Iodine), Primary stain (Crystal violet), Counterstain (Safranin). Every component of this stain has its own function like the primary stain is used to color the bacteria, a mordant is used for fixing the dye with the cell wall of bacteria, decolorizer is used for washing off the extra dye on the cells so that differentiation can be done, counterstain is used to give color for identification.

Question 3: What is the process of retaining crystal violet dye in gram bacteria?

The actual binding of peptidoglycan doesn’t happen there is a series of steps that happens to get the dye trapped in the cell membrane. Firstly, the complex is formed between mordant and the crystal violet dye by which the size of the molecules is changed so that escaping from cell membrane because impossible. Secondly decolorizer shrinks and dehydrates the cell which decreases the size of the cells through which the dye gets retained in the cells and give color to the bacteria.

Question 4: In a cell what are the things that can be known by gram staining.

The structure of its cell wall and cell shape can be determined by this technique.

Question 5: Give the uses of staining.

There are a lot of uses of staining in the medical and research field. In the field of research, it is very useful for the scientist to determine different bacteria and helpful in the basic step of identification of bacteria. It is used in different projects for study and research whereas in the medical field it is used for the detection of infection and also used in detecting the infection in body fluids like urine and in blood.