GPS stands for Global Positioning System. GPS is a satellite-based navigation system that allows ground users to provide their exact location, velocity, and time 24 hours a day, in all weather conditions, all over the world. GPS developed by the U.S. Department of Défense. It was basically designed to assist soldiers and military

vehicles but after some years it’s available to anyone having a GPS receiver. GPS is a common system that most of us are using to reach from one location to Another location.

The GPS systems are a Combination of a network of satellites that are constantly sending coded information in the form of radio signals. After that receiver received the signals and interprets the transmitted information from the satellites to locate the position on earth accurately. This satellite system is congestive of 29 satellites situated at almost 20,000 kilometers above the Earth’s surface. The GPS satellites are located at 6 earth-centered orbital planes and travel at a speed of 14,000 km/hr. The GPS was first time used in combat during the Gulf wars. 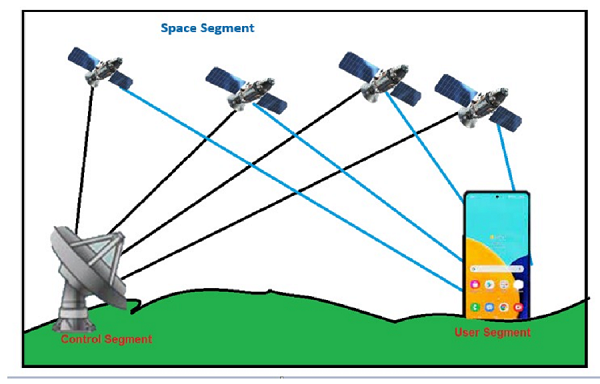 The GPS device will first establish a connection with 3 to 4 satellites. After that GPS satellite broadcasts a message including the location of the receiver. If the GPS receiver receives a Group of messages from different satellites to calculate the exact position using the process called triangulation.

GPS satellites need an unobstructed line of sight for the broadcast. Hence, this technology is not only for indoor but also for use in a wide area. There some devices use nearby cell towers and open-source Wi-Fi signals. Then technology is called LPS (Local Positioning System) and is a substitute for GPS.

There are five most uses of the GPS.

For Example, GPS technology is also useful for Monitoring Vehicles and Persons. Tracking is useful in the following services:

GPS tracking is Mostly used by Police, Ambulance, Fire Department Service, and Mass delivery man. A GPS tracking device is a portable device. GPS device allows users to monitor and track the exact location of an object. These devices are most commonly used in Ambulance, train airplane tracking systems. While tracking devices are used in-car navigation systems, then GPS navigation systems show the drivers their location on a digital map and also provide driving instructions and direction for a destination. Advanced feature GPS trackers use GPS technology to track a vehicle’s current location and trip history. We can broadcast GPS data to a computer, smartphone, or tablet.