There are basically two ways to manage the software projects in GIT Git flow and GitHub flow. These two flows can help you manage your project and optimize your entire workflow in the team.

GitHub flow is really very simple to adapt as this flow doesn’t have releases because your deployment to production happens every day. There are two types of branches involved in this flow, the master branch, and the feature branch. 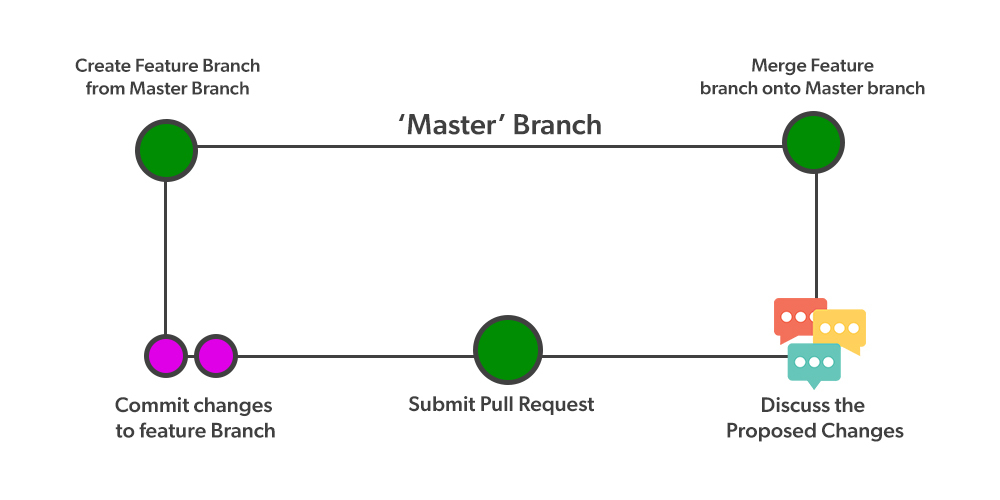 How to create a new Feature branch out of the master branch using checkout?

For instance, You want to create a new branch ‘Feature’ from the ‘master’ branch. To achieve that, you have to call “git checkout” command with “-b” option and add the branch name as ‘Feature’

To explain the GitHub flow in simple steps, Refer to the below points:

Git Flow is usually more complicated than GitHub flow. It is used when your software has the concept of “release”. This flow works perfectly when you work in a team of one or more developers and they collaborate on the same feature. 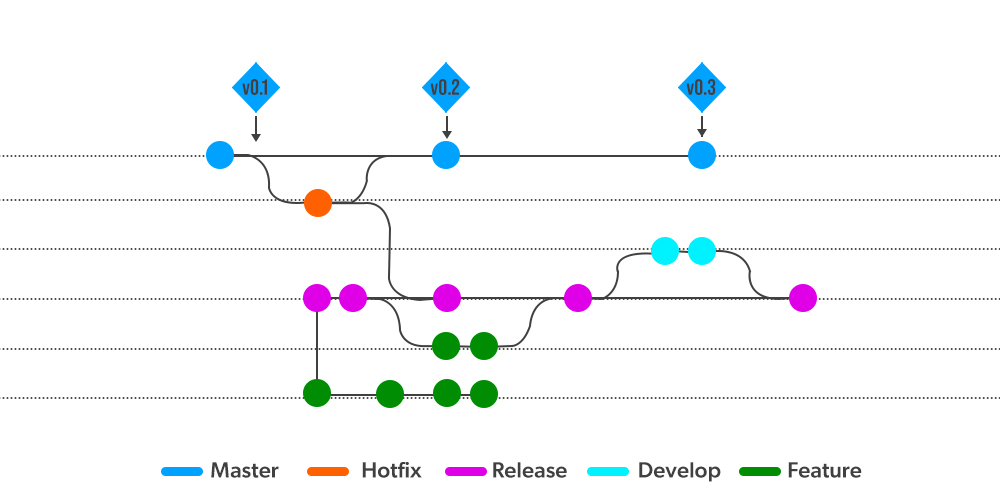