Git – Difference Between Merging and Rebasing

Both Git rebase and git merge perform the same task, merge the feature branch to the working branch, but in a very different way. In this article, we will discuss both of them and their benefits and difference, and their typical workflow.

Where it is used?

Consider a situation where you are working on a feature in your branch while your friend is working on the other, and both of you need to merge changes into the main repo. In this condition, you will need to go with either of the Git rebase or git merge features, but which suits you perfectly. Let’s have a deeper look to analyze it. The pictorial view for the above condition could be as below: 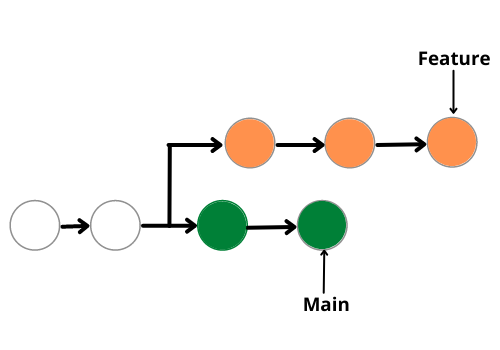 The easiest option to merge the branches is using the git merge command. Git merge safeguards the histories of both the repositories. You can use the following merge command to merge your branch. Move to your main directory and then write these commands:

Or, you can write

How does it work?

It basically, creates a new “feature commit”, safeguarding the history of both the branches and giving it a structure like this:- 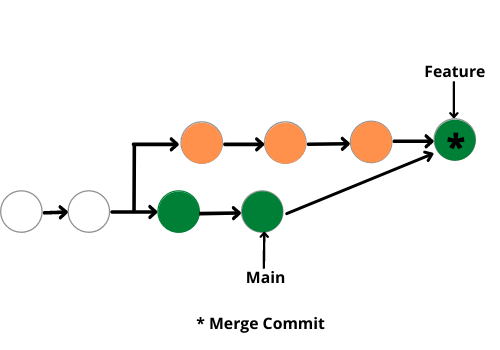 Merge command is a non-destructive command. In this command, the existing branches are not changed in any way and thus it covers all the pitfalls or demerits of Git Rebase.

Besides being easy, there are many few demerits also git merge also. Consider a condition where you have to work regularly on the main branch and have a very active main branch, in such conditions the commit history will become messy, thus resulting in a painful experience for the developers to understand the log or the commit history.

The alternative to git merge is the git rebase option. In this, we rebase the entire feature branch to merge it with the main branch. Follow the following commands to perform merge commit:-

How does it work? 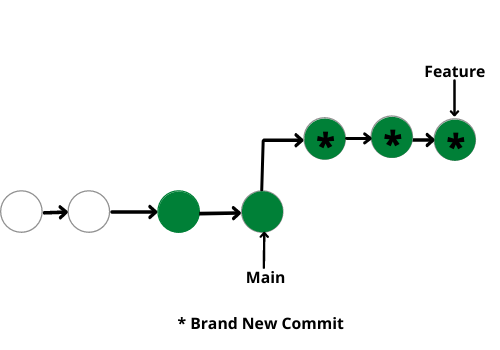 The major benefit of using git rebase is it provides a cleaner merge history. It works linearly, removing the unnecessary merge commits, unlike git merge. It makes it easier to move along the log history and understand the changes.

Git – Difference Between Merging and Rebasing 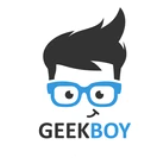