Getting started with Machine Learning

From translation apps to autonomous vehicles, all powers with Machine Learning. It offers a way to solve problems and answer complex questions. It is basically a process of training a piece of software called an algorithm or model, to make useful predictions from data. This article discusses the categories of machine learning problems, and terminologies used in the field of machine learning.

There are various ways to classify machine learning problems. Here, we discuss the most obvious ones.

1. On basis of the nature of the learning “signal” or “feedback” available to a learning system

A simple diagram which clears the concept of supervised and unsupervised learning is shown below: 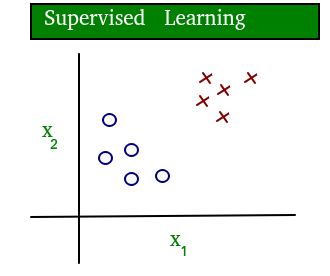 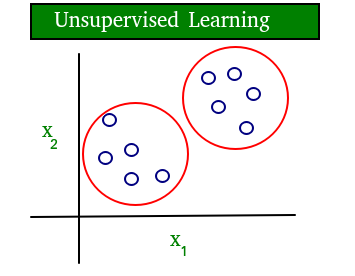 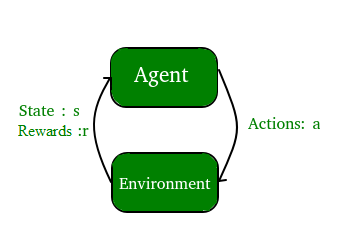 2. Two most common use cases of Supervised learning are:

An example of classification and regression on two different datasets is shown below:

3. Most common Unsupervised learning are:

On the basis of these machine learning tasks/problems, we have a number of algorithms which are used to accomplish these tasks. Some commonly used machine learning algorithms are Linear Regression, Logistic Regression, Decision Tree, SVM(Support vector machines), Naive Bayes, KNN(K nearest neighbors), K-Means, Random Forest, etc. Note: All these algorithms will be covered in upcoming articles.

The figure shown below clears the above concepts: 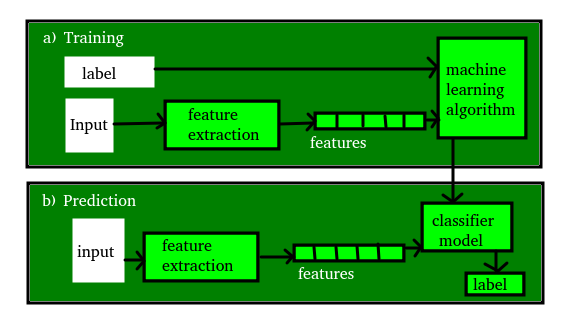 Here is a simple machine learning example in Python that demonstrates how to train a model to predict the species of iris flowers based on their sepal and petal measurements:

This blog is contributed by Nikhil Kumar. If you like GeeksforGeeks and would like to contribute, you can also write an article using write.geeksforgeeks.org or mail your article to review-team@geeksforgeeks.org. See your article appearing on the GeeksforGeeks main page and help other Geeks. Please write comments if you find anything incorrect, or you want to share more information about the topic discussed above.