When you type a web address into a web browser like www.google.com your computer needs to convert that into an IP address so that it can contact that web server & deliver the web page to you.
In a forward DNS lookup client first asks ISP(Internet Service Provider) for the dns of the domain name.ISP maintains a cache for the IP address of the domains whose lookup has been already made.If IP is not found in the cache then the ISP asks the root level dns server,which is a network of hundreds of servers in many countries around the world.Nearest root level DNS for India is in Tokyo. 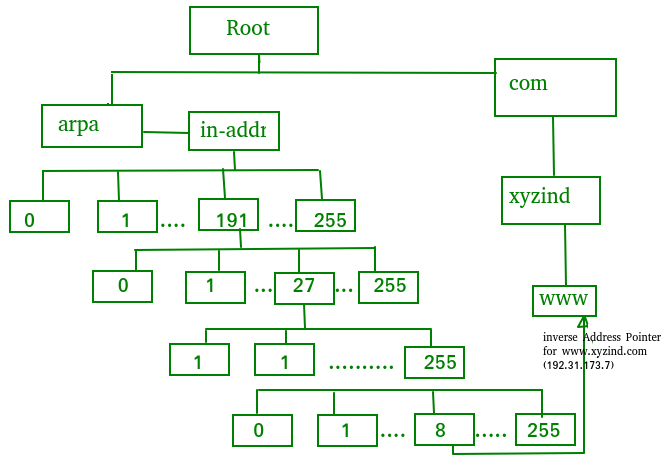 This solution is contributed by Shashank .
Quiz of this Question