Let G=(V,E) be an undirected unweighted connected graph. The diameter of G is defined as:

Let M be the adjacency matrix of G.

Define graph G2 on the same set of vertices with adjacency matrix N, where

The given graph G is always be a connected graph (as mentioned).

As a base case for a graph G for two or three vertices diam(G) will be 1 since the shortest path is 1 unit far from each vertex. Thereafter graph G2 to be formed from those vertices situated at their respective positions. The Graph G2 is the same as G. Hence diam(G) = diam(G2)  {  for | V | = {2,3}  } 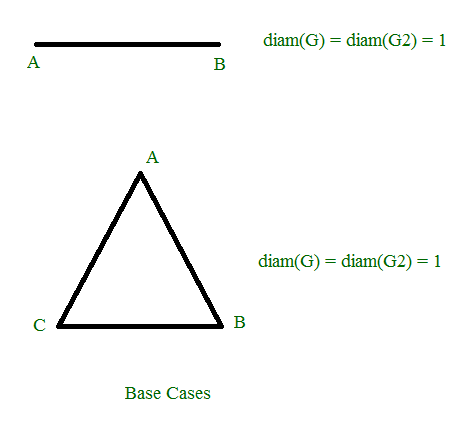 for | V | in { 3, 6 } As shown, The square of the matrix M ( P ) in union with M, ensures the additional edges between the vertices which are 2 units far from each other. 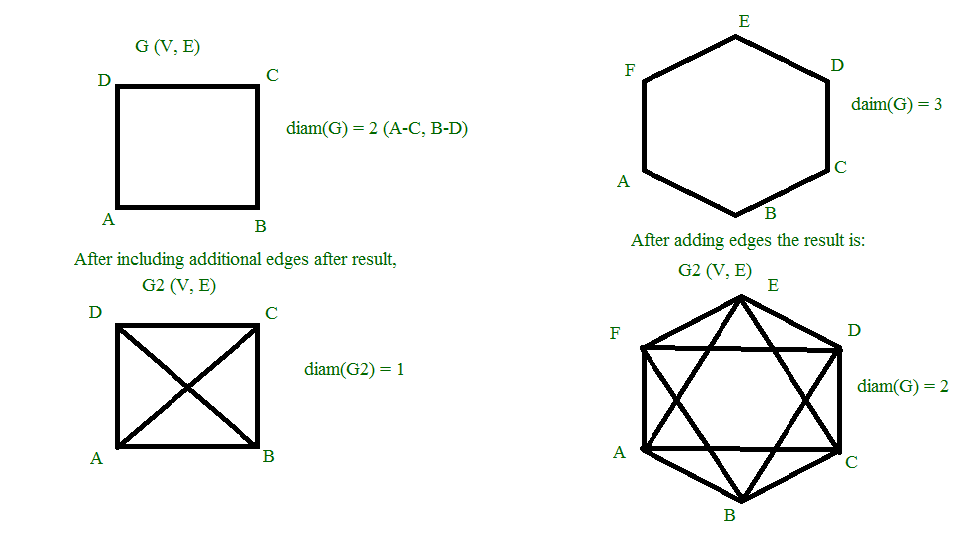 Thus here if P would have been given nth power of M, then the edges between those two vertices which are n units far from each other will be added. ( if not present in graph G already ) Thus in general, diam(G2) <= ceil( diam(G) / n )