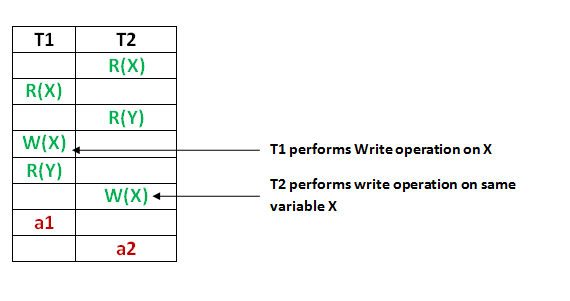 As we can see in figure,

Option A – is not true because the given schedule is recoverable

Option B – is not true as it is recoverable and avoid cascading aborts;

Option D – is not true because T2 is also doing abort operation after T1 does, so NOT strict.
Quiz of this Question