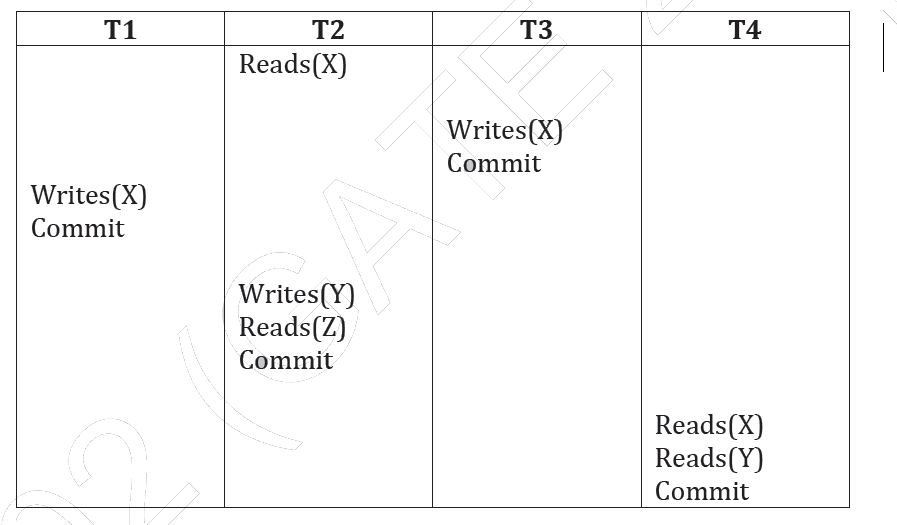 Which one of the following statements is CORRECT?

Answer: (C)
Explanation: To check for conflict-serializable, we need to make a precedence graph, if the graph contains a cycle, then it’s not conflict serializable, else it is.