Consider the following statements about the context free grammar

Statement I: G is ambiguous because, as shown in the image below there can be two decision tree for string S = ababab [TRUE] 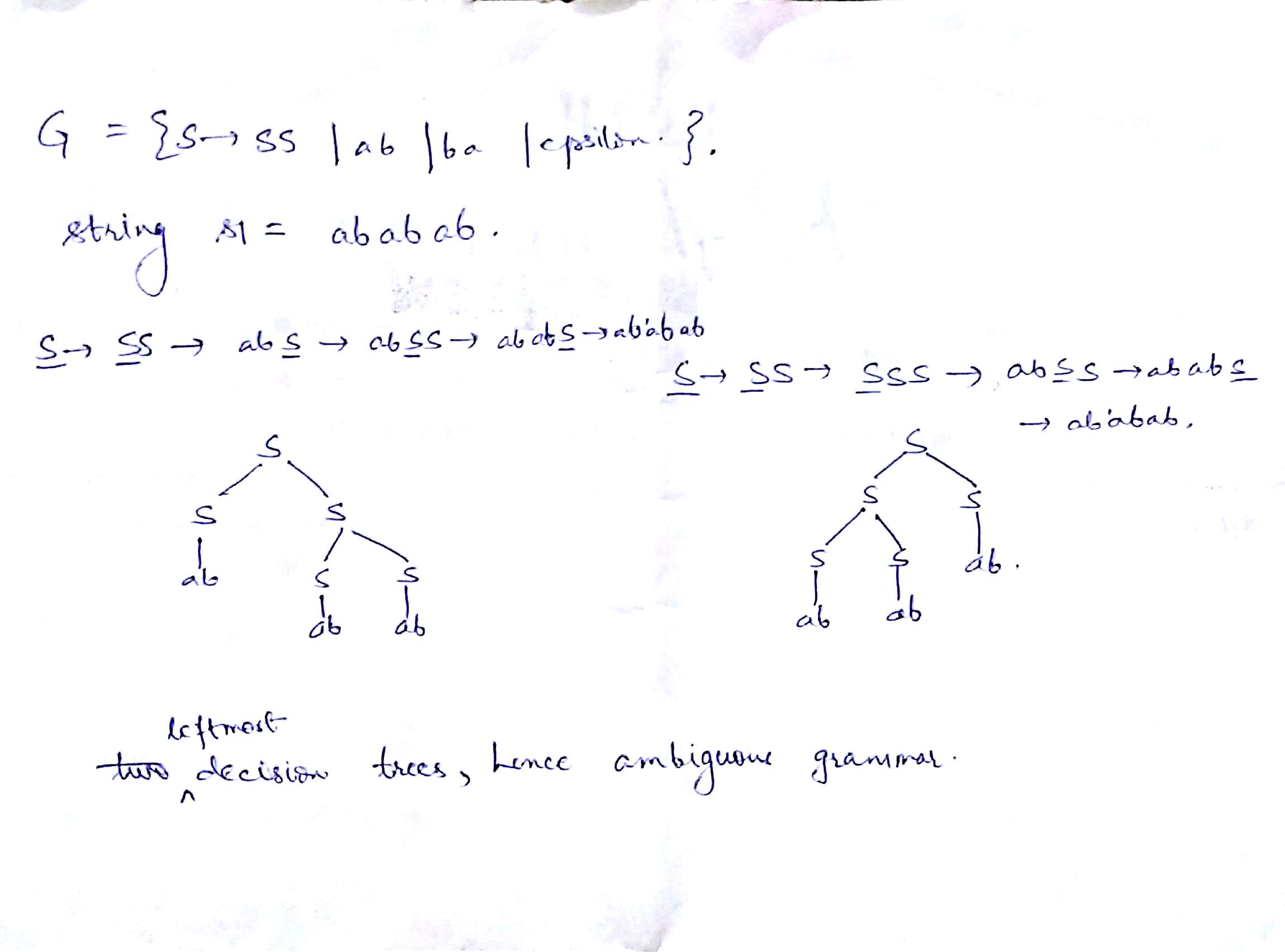 Statement III: G can be accepted by a deterministic PDA [TRUE]

Hence, correct answer should be (B) I and III only

This solution is contributed by Vineet Purswani.
Quiz of this Question