A function is a set of statements that take inputs, do some specific computation, and produce output. The idea is to put some commonly or repeatedly done tasks together and make a function so that instead of writing the same code again and again for different inputs, we can call the function.
In simple terms, a function is a block of code that only runs when it is called.

Why Do We Need Functions? 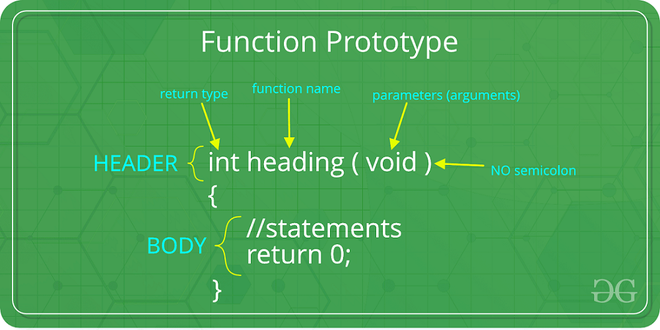 Types of Function in C++

User Defined functions are user/customer-defined blocks of code specially customized to reduce the complexity of big programs. They are also commonly known as “tailor-made functions” which are built only to satisfy the condition in which the user is facing issues meanwhile reducing the complexity of the whole program.

Library functions are also called “builtin Functions“. These functions are a part of a compiler package that is already defined and consists of a special function with special and different meanings. Builtin Function gives us an edge as we can directly use them without defining them whereas in the user-defined function we have to declare and define a function before using them.
For Example: sqrt(), setw(), strcat(), etc. 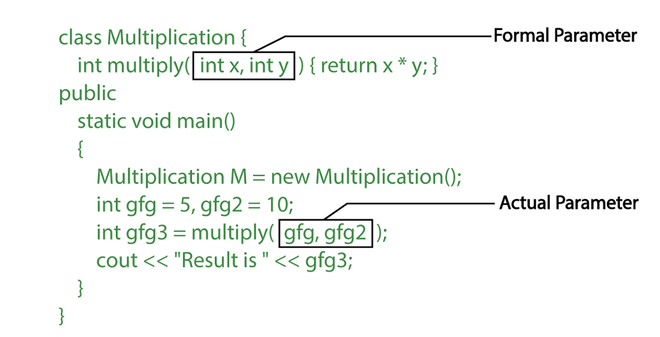 There are two most popular ways to pass parameters:

Pass by value is used where the value of x is not modified using the function fun().

Difference between call by value and call by reference in C++

Points to Remember About Functions in C++

1. Most C++ program has a function called main() that is called by the operating system when a user runs the program.

The main function is a special function. Every C++ program must contain a function named main. It serves as the entry point for the program. The computer will start running the code from the beginning of the main function.


The reason for having the parameter option for the main function is to allow input from the command line. When you use the main function with parameters, it saves every group of characters (separated by a space) after the program name as elements in an array named argv.
Since the main function has the return type of int, the programmer must always have a return statement in the code. The number that is returned is used to inform the calling program what the result of the program’s execution was. Returning 0 signals that there were no problems.


To know more see this article.

In C++, to reuse the array logic, we can create function. To pass array to function in C++,  we need to provide only array name.

Time complexity: O(n) where n is the size of  array

Space complexity: O(n) where n is the size of array.

If we create two or more members having the same name but different in number or type of parameter, it is known as C++ overloading. In C++, we can overload:

It is because these members have parameters only.

Types of overloading in C++ are:

Example: when the type of the arguments vary.


The above example shows an error “call of overloaded ‘fun(double)’ is ambiguous“. The fun(10) will call the first function. The fun(1.2) calls the second function according to our prediction. But, this does not refer to any function as in C++, all the floating point constants are treated as double not as a float. If we replace float to double, the program works. Therefore, this is a type conversion from float to double.
Function with Default Arguments:-


The above example shows an error “call of overloaded ‘fun(int)’ is ambiguous“. The fun(int a, int b=9) can be called in two ways: first is by calling the function with one argument, i.e., fun(12) and another way is calling the function with two arguments, i.e., fun(4,5). The fun(int i) function is invoked with one argument. Therefore, the compiler could not be able to select among fun(int i) and fun(int a,int b=9).
Function with Pass By Reference:-


The above example shows an error “call of overloaded ‘fun(int&)’ is ambiguous“. The first function takes one integer argument and the second function takes a reference parameter as an argument. In this case, the compiler does not know which function is needed by the user as there is no syntactical difference between the fun(int) and fun(int &).