A Thumbnail is a smaller version of a full digital image that could easily be viewed while browsing a number of images. They are used to traverse through pages using an anchor tag. To convert an image to a thumbnail in Foundation CSS, we can use the .thumbnail class. The thumbnail class can be applied to <img> tag as well as to <a> tag.

Example 1: This example demonstrates a thumbnail image made using the thumbnail class of foundation CSS on <img> tag. 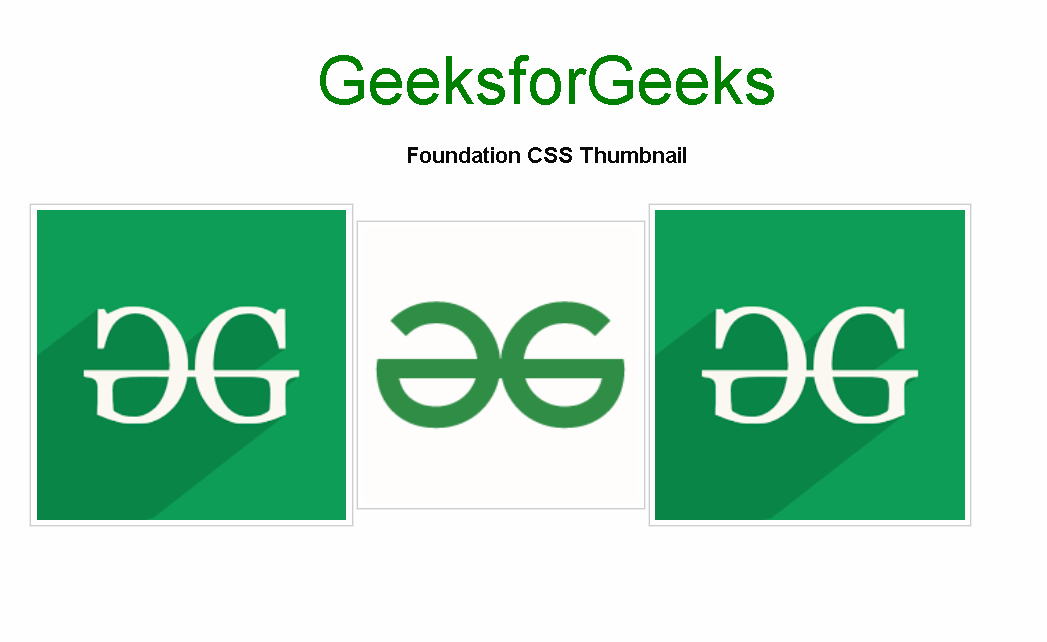 Example 2: This example demonstrates a thumbnail image made using the thumbnail class of foundation CSS on <a> tag.