The Forms is the way to take input from the user which will be uploaded to the server for processing. The input provided by the user can be of different types, such as password, text, email, etc. Foundation CSS helps to create a powerful and versatile form layout system. Inline Labels and Buttons can be used to attach the input tags with having the additional content, either on their left or right side or both, such as a label on the left side and a button on the right side, that helps to enhance the interactivity of the web form.

Example 1: This example describes the Form Input tag with an inline label in Foundation CSS. 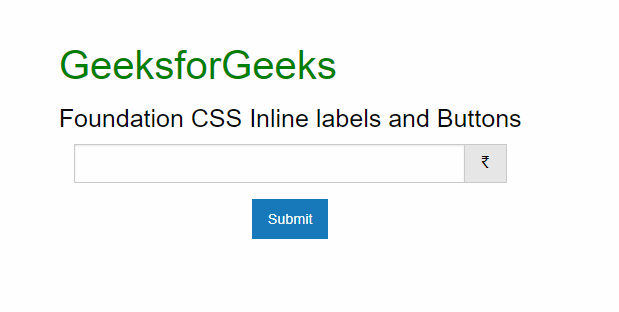 Example 2: This example describes the Form Input tag with an inline label and inline button in Foundation CSS. 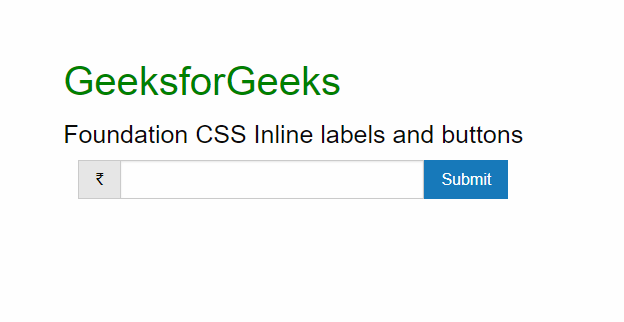