The First Order Combined Learner (FOCL) Algorithm is an extension of the purely inductive, FOIL Algorithm. It uses domain theory to further improve the search for the best-rule and greatly improves accuracy. It incorporates the methods of Explanation-Based learning (EBL) into the existing methods of FOIL. But before getting into the working of FOCL, let us first understand the following:

In simple terms, it is the ability to gain basic problem-solving techniques by observing and analyzing solutions to specific problems. In terms of Machine Learning, it is an algorithm that aims to understand why an example is a part of a particular concept to make generalizations or form concepts from training examples. For example, EBL uses a domain theory and creates a program that learns to play chess.

The ability to explain single examples is known as “Domain Theory”.

An EBL accepts 4 kinds of input:

From the above 4 parameters, EBL uses the domain theory to find that training example, that best describes the goal concept while abiding by the operational criterion and keeping our justification as general as possible. 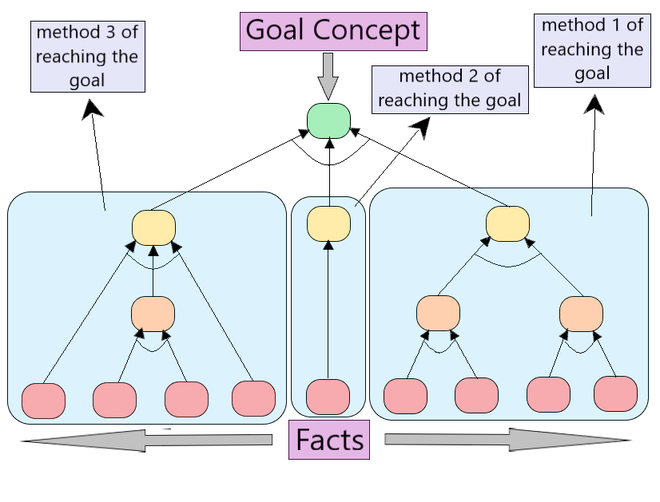 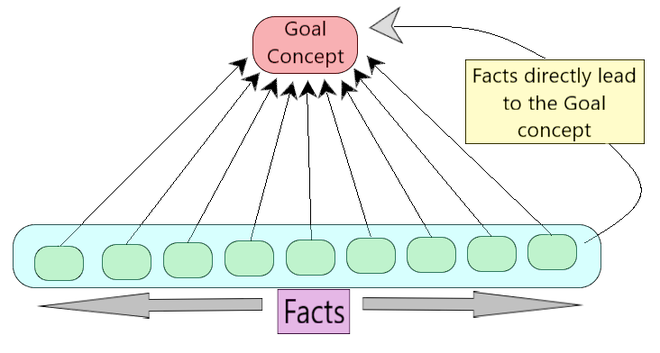 The goal of FOCL, like FOIL, is to create a rule in terms of the extensionally defined predicates, that covers all the positive examples and none of the negative examples. Unlike FOIL, FOCL integrates background knowledge and EBL methods into it which leads to a much more efficient search of hypothesis space that fits the training data. (As shown in Fig 3) 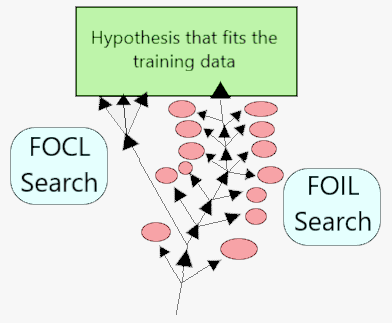 However, what makes the FOCL algorithm more powerful is the approach that it adapts while searching for that best-rule.

Working of the Algorithm 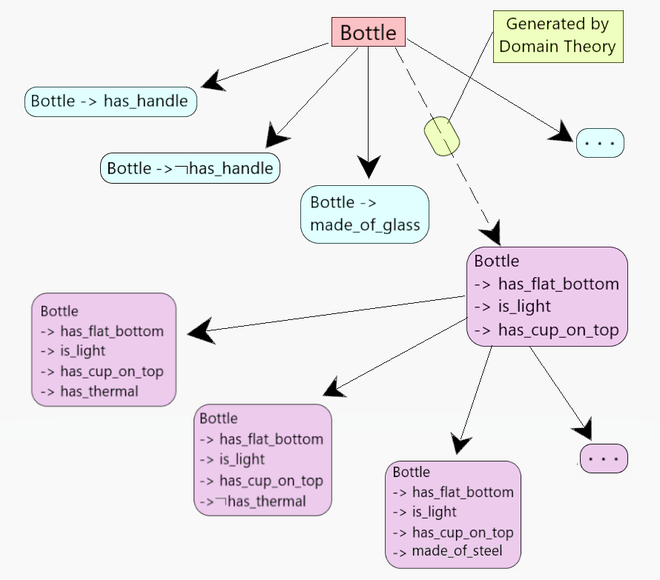 Step 1 – Use the same method as done in FOIL and add a single feature for each operational literal that is not part of the hypothesis space so as to create candidates for the best rule.
(solid arrows in Fig.4 denote specializations of bottle)

Step 2 – Create an operational literal that is logically efficient to explain the goal concept according to the Domain Theory.
(dashed arrows in Fig.4 denote domain theory based specializations of bottle)

Step 3 – Add this set of literals to the current preconditions of hypothesis.

Step 4 – Remove all those preconditions of hypothesis space that are unnecessary according to the training data.

Let us consider the example shown in Fig 4.

FOCL is a powerful machine learning algorithm that uses EBL and domain theory techniques, reaching the hypothesis space quickly and efficiently. It has shown more improved and accurate results than the Inductive FOIL Algorithm. A study on “Legal Chessboard Positions” showed that on 60 training examples describing 30 legal and 30 illegal endgame board positions, FOIL accuracy was about 86% while that of FOCL was about 94%.
Similar results have been obtained in other domains. For any doubt/query, comment below.