Flutter is an open-source User Interface SDK that is Software Development Kit. Flutter is an open-source project, and it is maintained by Google. This is used to develop apps for Android apps, iOS apps, and operating systems like Linux software, Mac app and software, Windows app, Google Fuchsia, and the website from a single code base. Currently, in March 2021. Google has been released another new version of flutter that is Flutter 2.  Flutter as a software development kit is great, but while building a big application it is evident that there will be some problems or bugs in the code which has to be debugged. Flutter provides multiple debugging tools such as timeline inspector, memory and performance inspector, and else. These tools ease up the debugging process for a developer, below are listed different tools for debugging flutter apps.

Console output: Console output for the running app (stdout and stderr) is displayed in the console, below the source code area. You can also see the output in the screenshot.

Improve workflow with a full view of releases, so you can mark errors as resolved and prioritize live issues. In flutter debugging entire code run line by line for the single instance.  Also learn in which version a particular bug first appeared, merge duplicates, and know if things regress in a future release. Add commit data to automatically suggest an owner of each application error.

It works with all the flutter & Dart applications.

First, we import the flutter package and particular class (material) using the “import ‘package flutter /material dart. Basically, dart is developed by Google for multiple platforms like to build mobile, desktop, server, and web applications. Actually flutter is very rich in the classes so we import a particular class. Here we import material class. “Import dart: developer as dev” here we import the developer tools such as the debugger and inspector. In this example basically, we are using the counter class.

In this image we use the dev.debugger() function

Easy to figure the useless code line or code in the code part which is not actually useful work is done or not useful for the developer that is the application of debugging the code or application. 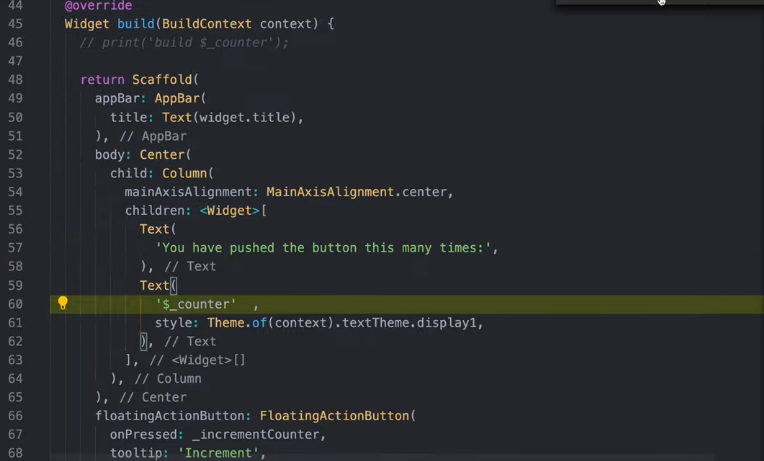 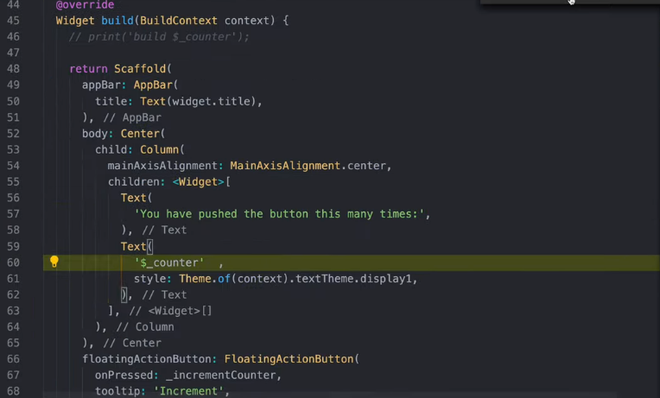 When we use the debugger tab, we should see the source for the main entry points of our application loaded in the debugger.