Flutter is a UI kit by Google. Flutter is a widely growing open-source framework, with many libraries getting published daily making android/iOS, web development easy. In this article, we will see the use of the library – “rename“. Although there are other packages also, but this one is the most popular and holds null safety.

While creating a project, you didn’t give it an appropriate name. Now, you want to change its name. There are two options to do it, create a new project, copy all the files inside the new project – it’s a terrible idea, or rename it using a package with just one command- nice idea.

Follow the below steps to rename your flutter app:

This command will add dependency in pubspec.yaml file, resolving all the dependencies as shown below:

After you run this command in a terminal, you should see something like the below: 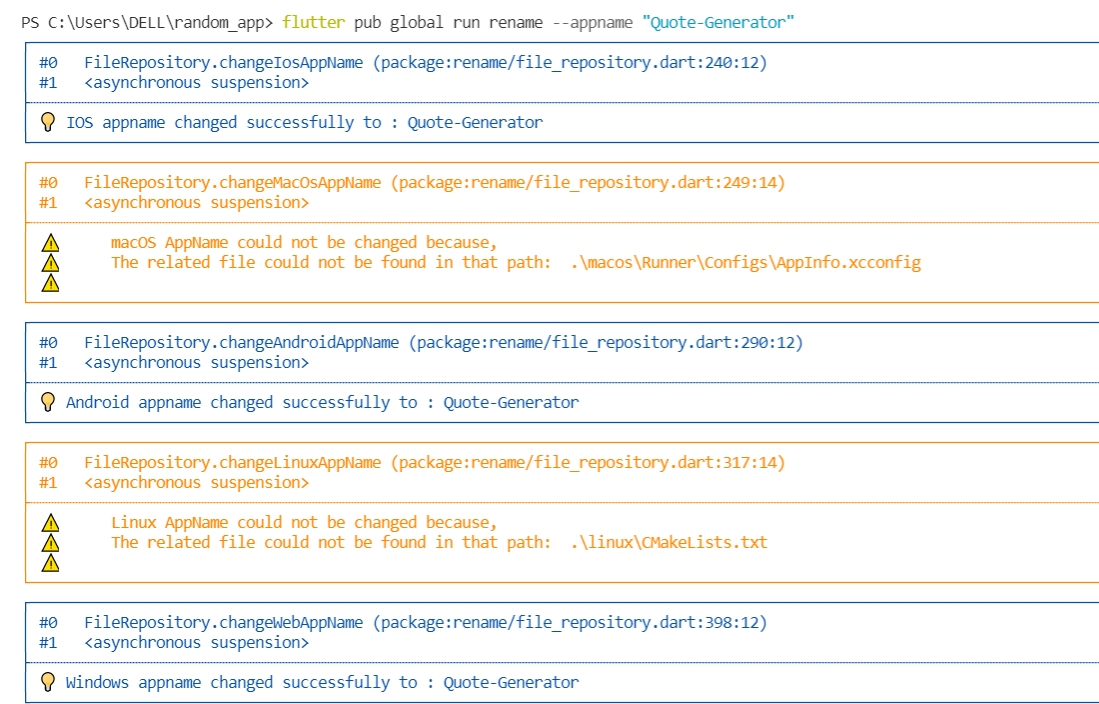 Similarly, for an ios platform,

If you want to change the bundleId, by default it is like “com.example.appname”. Run the below command:

After this, something like the below should be seen on the terminal, it means you have successfully changed the name of bundleId as shown below: 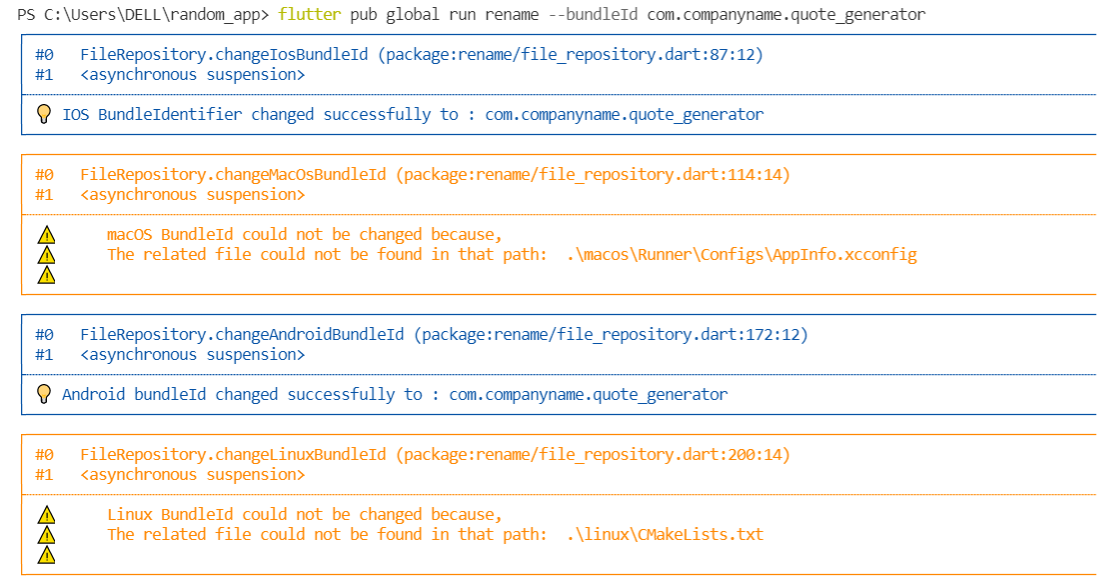 Congratulations!, you just learned a new way to rename the Flutter app and bundleId of your project.