In most situations, packets require multiple hops to make a journey towards the destination. Routing is one of the most complex and crucial aspects of packet-switched network design. 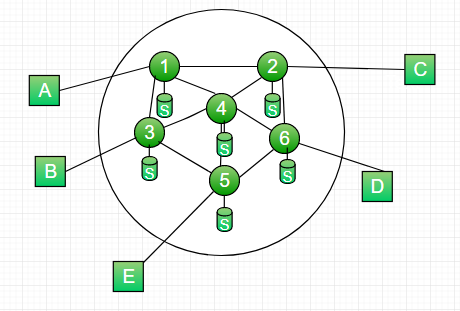 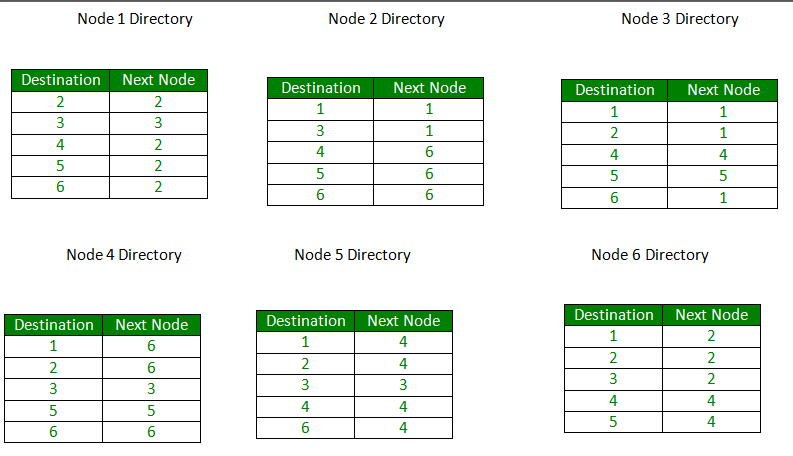 Figure – Routing table stored in different nodes of the network

Selective Flooding: Routers do not send every incoming packet out on every line, only on those lines that go in approximately in the direction of the destination.