Fit Smooth Curve to Plot of Data in R

In this article, we will learn about the concept to fit a smooth curve to the plot of data in R Programming. Smoothing is an important concept in data analysis. It is also known n as curve fitting and low pass filtering. The most common non-parametric method used for smoothing is loess() function. Loess is an abbreviation for Local Regression used to fit multiple regressions in the local neighborhoods. The span argument is used to control the size of the neighborhood. The size ranges between 0 and 1. The greater is the span value, the more smooth will be the fitted curve.

Return: It smooth curve to plot of data

Example 1: Below is an implementation to fit a smooth curve to a plot: 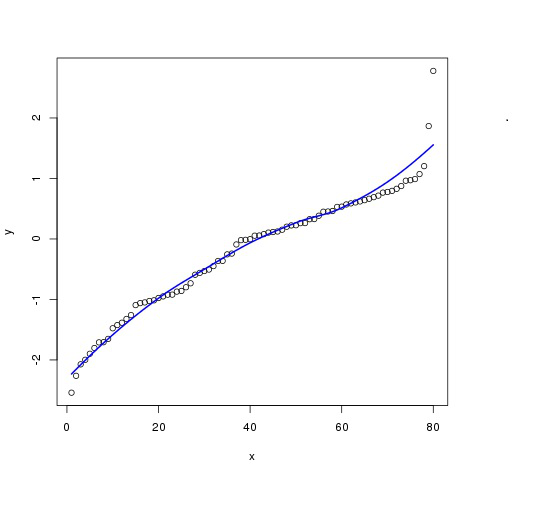 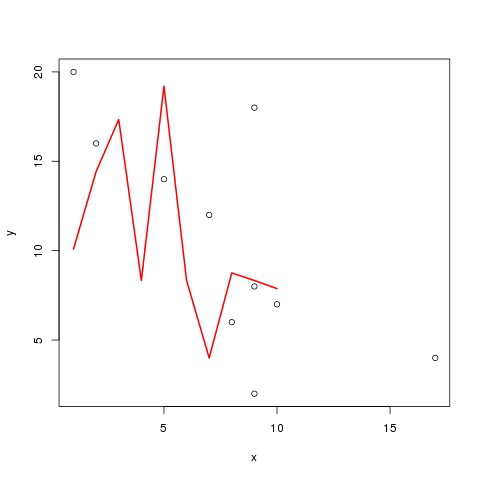 In the above example, X and Y axis values are plotted. The smooth curve is fitted using the loess function. The prediction will be an array of the appropriate dimensions in a smooth fitted curve.

Previous
Find Index Position of First Non-NA Value in vector in R
Next
Create Sequence of Repeated Values in R
Related Articles
1. How to Plot a Smooth Line using ggplot2 in R ?
2. Set Aspect Ratio of Scatter Plot and Bar Plot in R Programming - Using asp in plot() Function
3. Smooth data for a geom_area graph Using ggplot2 in R
4. How to Plot a Logistic Regression Curve in R?
5. Plot Only One Variable in ggplot2 Plot in R
6. Create Line Curves for Specified Equations in R Programming - curve() Function
7. How to Make a Bell Curve in R?
8. Curve Fitting in R
9. Overlay Histogram with Fitted Density Curve in R
10. How to Calculate AUC (Area Under Curve) in R?
Article Contributed By :