Given a decimal number m, convert it into a binary string and apply n iterations, in each iteration 0 becomes “01” and 1 becomes “10”. Find ith(based indexing) index character in the string after nth iteration.
Examples:

There is no need to generate the entire string, only computing in the block in which the i-th character is present will give the answer. Let this character be root root = s[Block_number], where s is the binary representation of “m”. Now in the final string, find the distance of the kth character from the block number, call this distance as remaining. So remaining = k % (2^n) will be the index of i-th character in the block. If remaining is 0, the root will be the answer. Now, in order to check whether the root is the actual answer use a boolean variable flip which whether we need to flip our answer or not. Following the below algorithm will give the character at the i-th index. 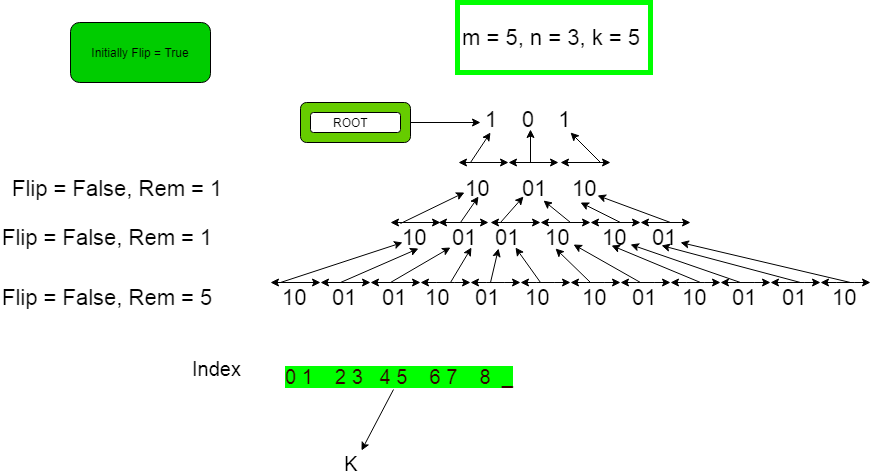