Financial statements refer to those Accounts and Statements which are prepared at the end of an accounting period (which is generally a year) to know about the business activities and financial performance of a company. It is a summary of all the accounting activities of a business enterprise where the income statement shows the profit or loss during the year, and the balance sheet reflects the assets, liabilities and capital, which tells about the financial position of the company. After determining the accuracy of the books of accounts with the help of trial balance, a business concern proceeds to prepare a financial statement (or final accounts). Thus, Financial Statement consists of the following: 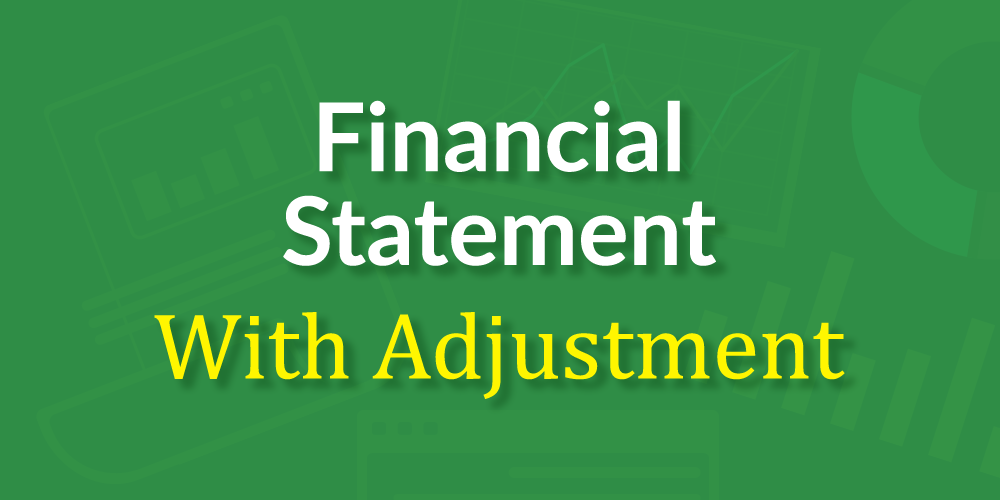 The main objective of preparing a financial statement is to know about the financial position of a company and find out the profit earned or loss suffered during the accounting period. The former objective is achieved by preparing a Trading A/c and a Profit & Loss A/c, which are also known as ‘Income Statement’ and the latter by preparing a Balance Sheet, also known as ‘Position Statement’. The reason why Trading and Profit & Loss A/c is called Income Statement is that it gives information about the Income of the Company i.e., Gross Profit and Net Profit, while the Balance sheet of any enterprise tells about the position of the company related to its Assets and Liabilities.

While the objective clearly states the purpose of preparing a Financial Statement, the major hindrance that follows is the accuracy of the figures. Actual or accurate profit or loss can only be calculated after considering all the incomes, expenses, assets, liabilities, etc., of the related financial year. For example, if we want to prepare profit and loss a/c for the year ending 31st March 2022, then it becomes mandatory to record all the income and expenditure of that year starting from 1st April 2021 in the profit and loss a/c. But some of the incomes which are a part of this financial year, have not been actually received (Accrued Income)  ,along with some expenses which are a part of this financial year have not actually been paid (Outstanding Expenses). So in such cases, it becomes essential to add all the Accrued Income in the current year’s profit and deduct all the Outstanding Expenses. A greater emphasis is made on finding all the accounting items and information that are related to the current financial year and passing entries accordingly.

So, all the accounting items which are related to the current financial year but not recorded in the books due to any reason should be taken into consideration to find out the actual profit or loss and accurate financial position of the organization, and accounting entries for such transactions are called adjustment entries or simple adjustments.

Objectives and Needs of Adjustments

The major objectives and need for adjustments are as follows:

Some points must be considered at the time of adjustment: