It’s time for the final exam in algorithms and data structures!

Edsger prepared N sets of problems. Each set consists of problems in an increasing difficulty sequence; the i-th set can be described by two integers Ai and Bi (Ai≤Bi), which denotes that this set contains problems with difficulties Ai, Ai+1…, Bi. Among all problems from all sets, it is guaranteed that no two problems have the same difficulty.

This semester Edsger has to test M students. He wants to test each student with exactly one problem from one of his sets. No two students can get the exact same problem, so when Edsger tests a student with some problem, he cannot use this problem anymore. Through countless lectures, exercises, and projects, Edsger has gauged student number j to have skill level Sj and wants to give that student a problem with difficulty Sj. Unfortunately, this is not always possible, as Edsger may have not prepared a problem of this difficulty, or he may have already asked this problem to some other student earlier. Therefore, Edsger will choose for the j-th student a problem of difficulty Pj, in a way that |Pj−Sj| is minimal and a question of difficulty Pj was not already given to any of the students before the j-th student. In case of ties, Edsger will always choose the easier problem. Note that the problem chosen for the j-th student may affect problems chosen for all the students tested later, so you have to process students in the same order as they appear in the input.

As keeping track of all the problems can be fairly complicated, can you help Edsger and determine which problems he should give to all of his students?

Given an array problemRange of N pairs having starting and ending values as a range of difficulty levels, and an array arr of size M indicating the difficulty level every student can attempt. The task is to assign a unique integer X from problemRange to every integer in array arr such that | arr[i] – X | is minimized. In case of a tie between two values closest to arr[i], a lesser difficulty value must be chosen. X values must be assigned to students in their order since the same value of X cannot be assigned to more than one student. Print the X value assigned to every student.

Approach: Given problem can be solved by following the steps below: 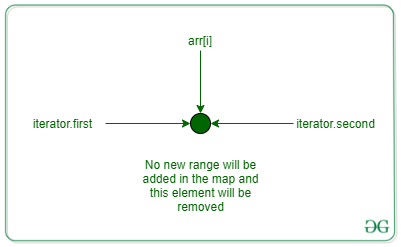 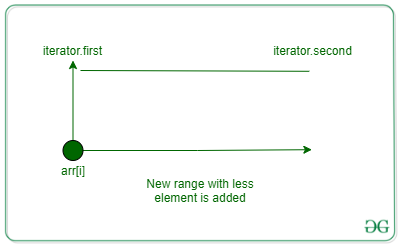 arr[i] is equal to either one of the range 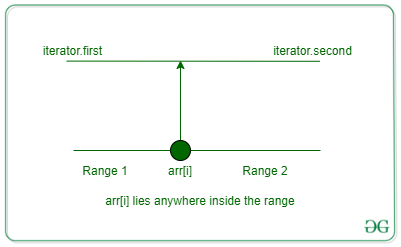 My Personal Notes arrow_drop_up
Previous
Count of array elements to be removed to make absolute difference between each pair same
Next
Minimize count of integers to be added in Array to make each adjacent pairs co-prime
Recommended Articles
Page :
Rabbit House | Google Kickstart 2021 Round A
03, Sep 21
Google Internship 2020 - Google Online Challenge(1st Coding Round)
08, Sep 20
Google Kick Round-D Question (2020)
24, Aug 20
Google Interview Experience for Internship (Coding Round)
16, Oct 20
Find maximum topics to prepare in order to pass the exam
27, May 19
Final cell position in the matrix
20, Sep 18
Final state of the string after modification
19, Nov 18
Find the final X and Y when they are Altering under given condition
17, Jan 19
Find the final radiations of each Radiated Stations
22, Apr 19
Minimum possible final health of the last monster in a game
12, Apr 19
Find the final sequence of the array after performing given operations
24, Jul 19
Find the final number obtained after performing the given operation
10, Dec 19
Find the final co-ordinates reached by following a sequence of directions
30, Apr 20
Final direction after visiting every cell of Matrix starting from (0, 0)
02, Jul 20
Length of race track based on the final distance between participants
19, Jun 20
Minimum Manhattan distance covered by visiting every coordinates from a source to a final vertex
26, Jun 20
Final Matrix after incrementing submatrices by K in range given by Q queries
27, Aug 20
Minimize operations to convert each node of N-ary Tree from initial[i] to final[i] by flipping current node subtree in alternate fashion
14, Jul 21
Check if final remainder is present in original Array by reducing it based on given conditions
10, Aug 21
Find the final string after flipping bits at the indices that are multiple of prime factors of array elements
01, Oct 21
Find final value of A after alternate AND-OR operations on A and B
31, Jan 22
Program to find the final size of Congestion Window in TCP Reno
22, Feb 22
Find the final size of Congestion Window in TCP Tahoe
02, Mar 22
Find final Array after subtracting maximum from all elements K times
20, Apr 22
Article Contributed By : 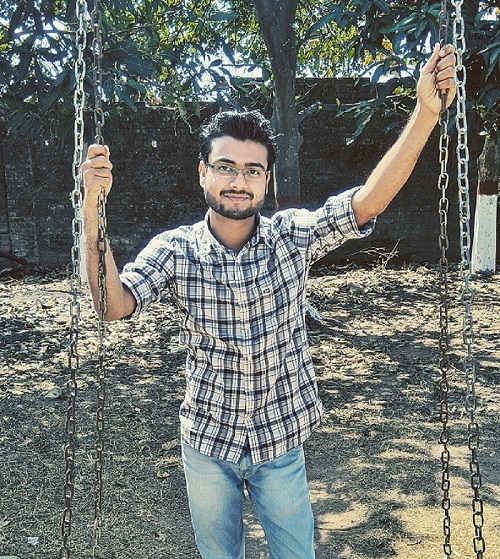