In Distributed File Systems (DFS), multiple machines are used to provide the file system’s facility. Different file system utilize different  conceptual models of a file. The two most usually involved standards for file modeling are structure and modifiability. File models in view of these standards are described below. 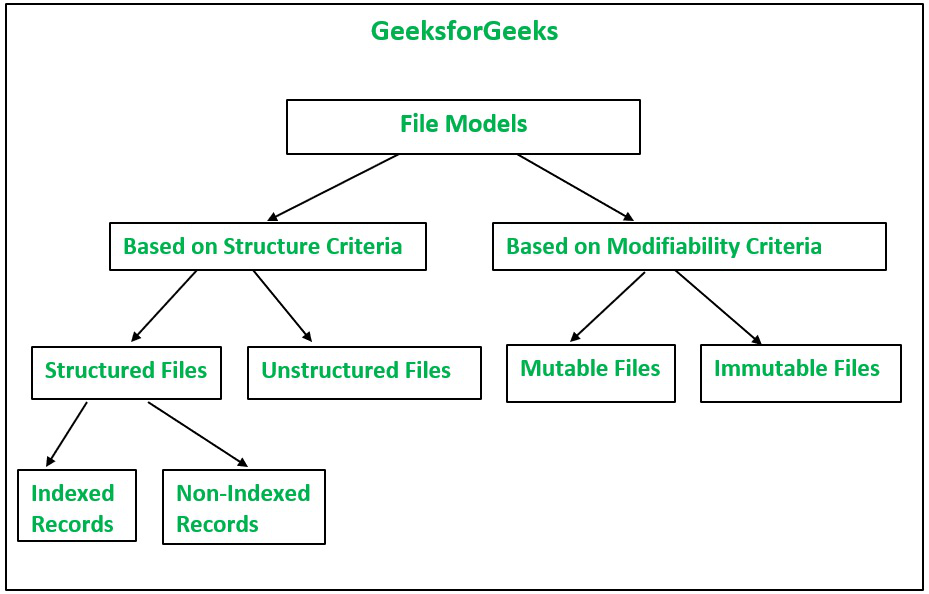 The file  accessing model basically to depends on

Based on the unit of data access, following file access models may be utilized to get to the particular file.

1. File-level transfer model: In file level transfer model, the all out document is moved while a particular action requires the document information to be sent the whole way through the circulated registering network among client and server. This model has better versatility and is proficient.

A distributed file system  might utilize one of the following models to service a client’s file access request when the accessed to file is remote:

1. Remote service model: Handling of a client’s request is performed at the server’s hub. Thusly, the client’s solicitation for record access is passed across the organization as a message on to the server, the server machine plays out the entrance demand, and the result is shipped off the client. Need to restrict the amount of messages sent and the vertical per message.

2. Data-caching model: This model attempts to decrease the organization traffic of the past model by getting the data got from the server center. This exploits the region part of the found in record gets to. A replacement methodology, for instance, LRU is used to keep the store size restricted.

Benefit of Data-caching model over the Remote service model:

The data -catching model offers the opportunity for expanded execution and greater system versatility since it diminishes network traffic, conflict for the network, and conflict for the document servers. Hence almost all distributed file systems implement some form of caching.