In this article, we are going to detect the facial expression of an already existing image using OpenCV, Deepface, and matplotlib modules in python.

This is the most basic expression detection technique and there are several ways in which we can detect facial expression. 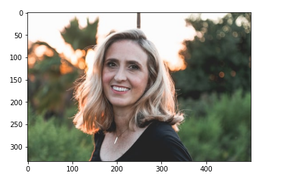 The result shows that person is 96% happy.

Below is the complete implementation: