Explain all the measurement units in CSS3

The CSS measurement units used are as follows. Measurement basically means to find a number that shows the amount of something we want to find out. CSS has many different measurement units for expressing the length of various HTML containers. Various CSS properties like width, padding, font-size, margin, etc have a number and a unit as their value.

Measurement units can further be classified into two types based upon their nature.

Absolute Units: Absolute units as the name suggest are fixed in nature. They are not relative to anything else and are considered to be of the same size. For use on-screen, these measurement units are not recommended because of the variation of screen size. These units are recommended when the output medium is known, such as for printing.

Relative Units:  As suggested by its name, these are relative to something else. It could be either relative to the size of the root element’s font or parent element or the size of the viewport. Users can scale better between different rendering mediums using relative units. 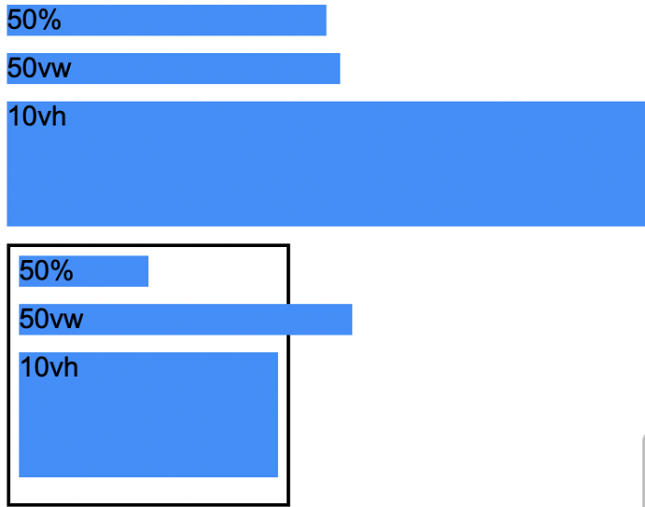 Example 3: The following example shows the comparison between em and rem.

Note: The default font size of the root element is 16px. It can be overwritten by changing the font-size value in HTML.

In the first case, em and rem have the same font size because they are children of the same element (root element). However, in the second case, the font-size in the parent container is defined as 30px which explains the difference in font-size between em and rem.

Previous
JSP Full form
Next
How to create five-column grid in jQuery Mobile ?
Related Articles
1. Explain the term “pseudo-class” in CSS3
2. CSS3 Media query for all devices
3. Advantage of CSS3 over CSS
4. How to Create Animated Background using CSS3 ?
5. How to use Sass Variables with CSS3 Media Queries ?
6. How to Create a Curve Text using CSS3/Canvas ?
7. How to Create Link Tooltip Using CSS3 and jQuery ?
8. How to make bubble background using HTML5 and CSS3?
9. Fading Text Animation Effect Using CSS3
10. How to transform background image using CSS3 ?
Article Contributed By :