Block diagram is shown below : 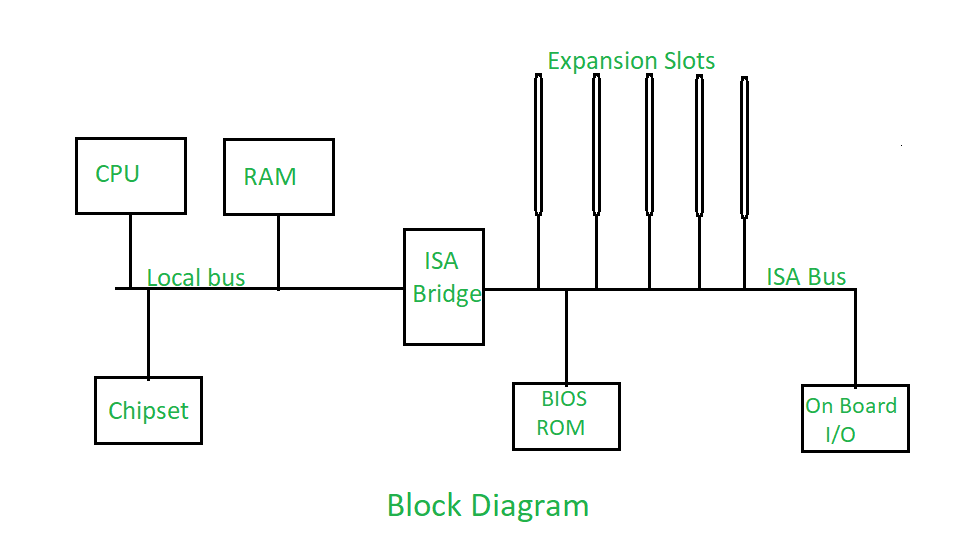 In modern PCs, a number of basic peripheral devices are built into motherboard. As a result, it may happen that expansion slots may remain unused, but that doesn’t mean that expansion buses remain unused in that system. All built-in controllers and ports still use I/O bus to communicate with CPU, i.e. They operate in such a way as it they are add-on cards plugged into the system’s expansion bus slots.

Since introduction of first PC till, a number of expansion bus types have appeared on PC platform with basic objective of providing faster I/O speeds for better system performance. The need for better performance arises mainly due to improvements in three main areas :