Cloud computing is all about renting computing services. This idea first came in the 1950s. In making cloud computing what it is today, five technologies played a vital role. These are distributed systems and its peripherals, virtualization, web 2.0, service orientation, and utility computing. 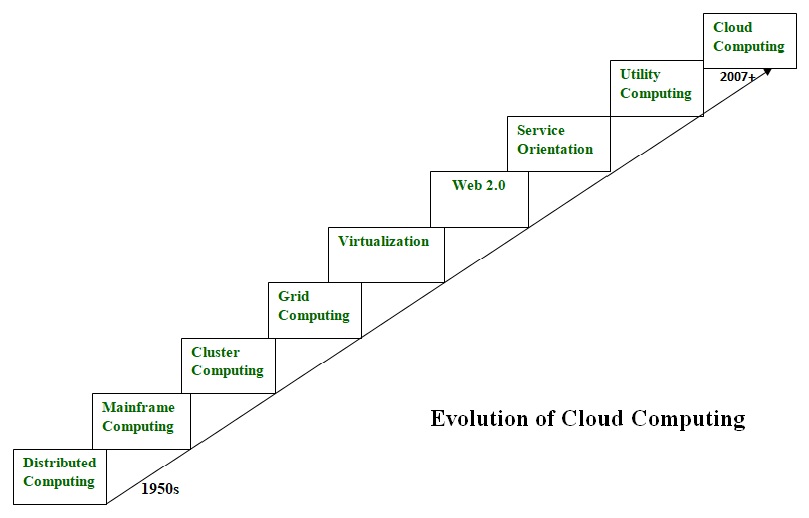 Thus, the above technologies contributed to the making of cloud computing.