Evaluation order for SDD includes how the SDD(Syntax Directed Definition) is evaluated with the help of attributes, dependency graphs, semantic rules, and S and L attributed definitions. SDD helps in the semantic analysis in the compiler so it’s important to know about how SDDs are evaluated and their evaluation order. This article provides detailed information about the SDD evaluation. It requires some basic knowledge of grammar, production, parses tree, annotated parse tree, synthesized and inherited attributes.

Ordering the Evaluation of Attributes:

There is no way to evaluate SDD on a parse tree when there is a cycle present in the graph and due to the cycle, no topological order exists. 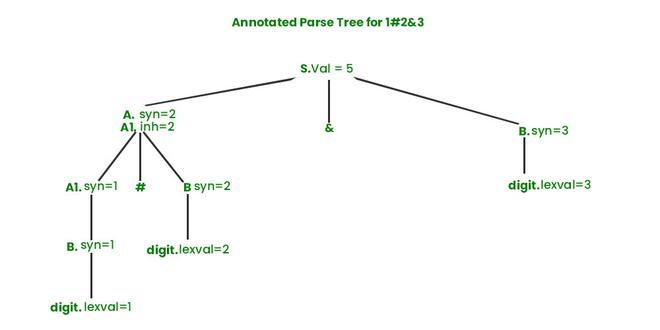 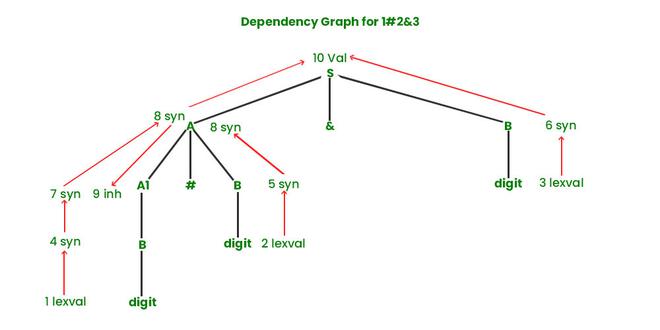 S-attributed SDD can have only synthesized attributes. In this type of definitions semantic rules are placed at the end of the production only. Its evaluation is based on bottom up parsing.

L-attributed SDD can have both synthesized and inherited (restricted inherited as attributes can only be taken from the parent or left siblings). In this type of definition, semantics rules can be placed anywhere in the RHS of the production. Its evaluation is based on inorder (topological sorting).

Side effects are the program fragment contained within semantic rules. These side effects in SDD can be controlled in two ways: Permit incidental side effects and constraint admissible evaluation orders to have the same translation as any admissible order.