Method overriding is one of the ways in which Java supports Runtime Polymorphism. Dynamic method dispatch is the mechanism by which a call to an overridden method is resolved at run time, rather than compile time. 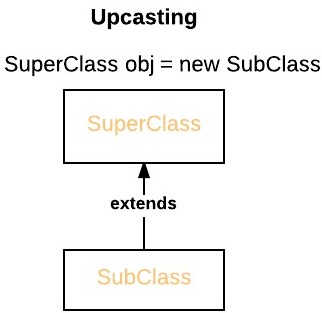 Therefore, if a superclass contains a method that is overridden by a subclass, then when different types of objects are referred to through a superclass reference variable, different versions of the method are executed. Here is an example that illustrates dynamic method dispatch:

The above program creates one superclass called A and it’s two subclasses B and C. These subclasses overrides m1( ) method.

In Java, we can override methods only, not the variables(data members), so runtime polymorphism cannot be achieved by data members. For example :

Explanation : In above program, both the class A(super class) and B(sub class) have a common variable ‘x’. Now we make object of class B, referred by ‘a’ which is of type of class A. Since variables are not overridden, so the statement “a.x” will always refer to data member of super class.