There is a basic way to add shadow effect on images but that effect will behave like the image is square, so there is another way to do the shadow which is basically applied on PNG images. The normal shadow effect will always put a square image shadow for the image which can be squared or cannot be squared but the shadow will be always square. filter:drop-shadow(); and text-shadow(); property is more eye pleasant compare to box-shadow:() property. 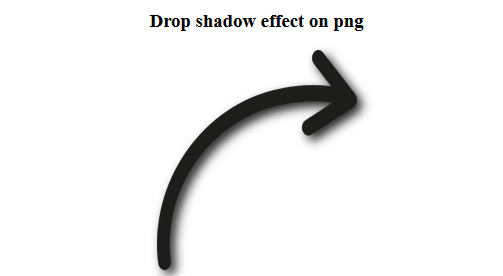 Example 2: This example differentiate between filter:drop-shadow();, text-shadow(); and box-shadow:(); property.