Python provides many ways to distribute your python projects. One such way is by using an important technology called Docker. Docker is an open-source application that allows administrators to create, manage, deploy, and replicate applications using containers. It is basically a platform that enables developers to make their applications portable by putting them inside a container. You can make your python project portable using it. Docker container removes dependency issues by isolating your project with system. Docker image created of your project can be ported anywhere. Official Documentation of Docker. In this article we will see an example in which we will be converting our Flask app into docker image and see some basic commands of docker along with it. Flask is a micro-framework for building small web applications. We are just using it as an example of Python project. One can use any other python project in the same manner. For more information on Flask, visit here.

Next
Deploy Python Flask App on Heroku
Related Articles
1. How to Dockerize an ExpressJS App ?
2. How to Dockerize a ReactJS App ?
3. How to Dockerize django application for production deployment with Gunicorn and Nginx
4. Documenting Flask Endpoint using Flask-Autodoc
5. How to use Flask-Session in Python Flask ?
6. Minify HTML in Flask using Flask-Minify
7. Connect Flask to a Database with Flask-SQLAlchemy
8. How to Integrate Flask-Admin and Flask-Login
9. Flask URL Helper Function - Flask url_for()
10. Deploying Your Web App using Azure App Service
Article Contributed By : 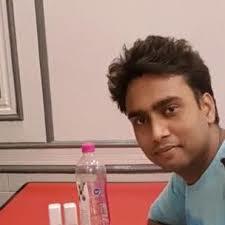