ModelFormsets in a Django is an advanced way of handling multiple forms created using a model and use them to create model instances. In other words, ModelFormsets are a group of forms in Django. One might want to initialize multiple forms on a single page all of which may involve multiple POST requests, for example

Now if one wants to create a modelformset for this model, modelformset_factory needs to be used. A formset is a layer of abstraction to work with multiple forms on the same page. It can be best compared to a data grid.

In your geeks app make a new file called models.py where you would be making all your models. To create a Django model you need to use Django Models. Let’s demonstrate how,
In your models.py Enter the following,


Let’s explain what exactly is happening, left side denotes the name of the field and to right of it, you define various functionalities of an input field correspondingly. A field’s syntax is denoted as
Syntax :

Now to create a simple formset of this form, move to views.py and create a formset_view as below.


All set to check if our formset is working or not let’s visit http://localhost:8000/. 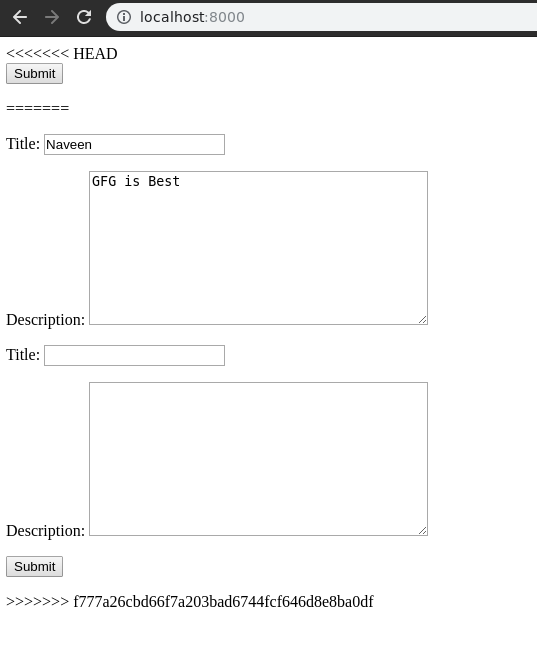 Our modelformset is working completely. Let’s learn how to modify this formset to use extra features of this formset.

Django formsets are used to handle multiple instances of a form. One can create multiple forms easily using extra attribute of Django Formsets. In geeks/views.py,


The keyword argument extra makes multiple copies of same form. If one wants to create 5 forms enter extra = 5 and similarly for others. Visit http://localhost:8000/ to check if 5 forms are created. 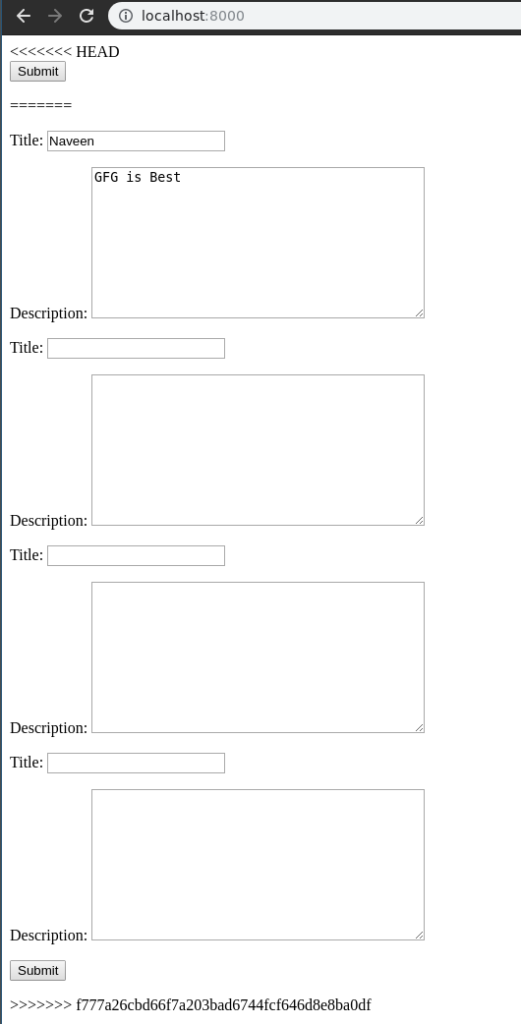 Creating a form is much easier than handling the data entered into those fields at the back end. Let’s try to demonstrate how one can easily use the data of a model formset in a view. When trying to handle formset, Django formsets required one extra argument {{ formset.management_data }}. To know more about Management data, Understanding the ManagementForm.
In templates/home.html,


Now to check how and what type of data is being rendered edit formset_view to print the data. In geeks/view.py,


Now let’s try to enter data in the formset through http://localhost:8000/ 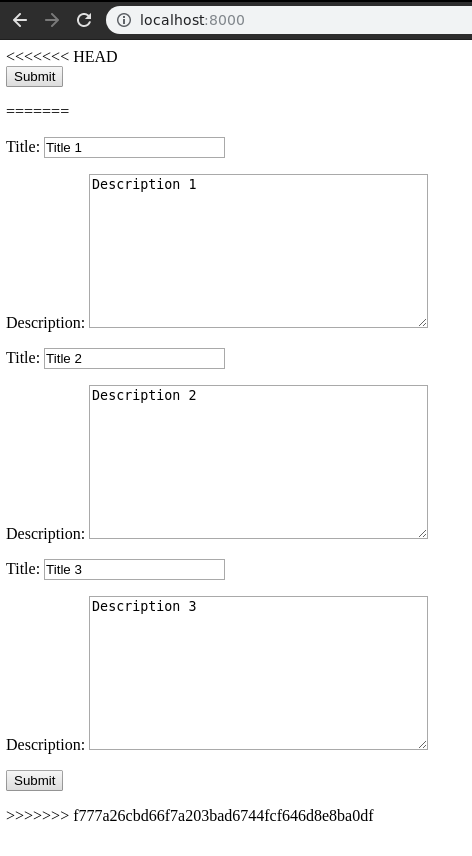 Hit submit and data will be saved in GeeksModel where server is running. One can use this data in any manner conveniently now. 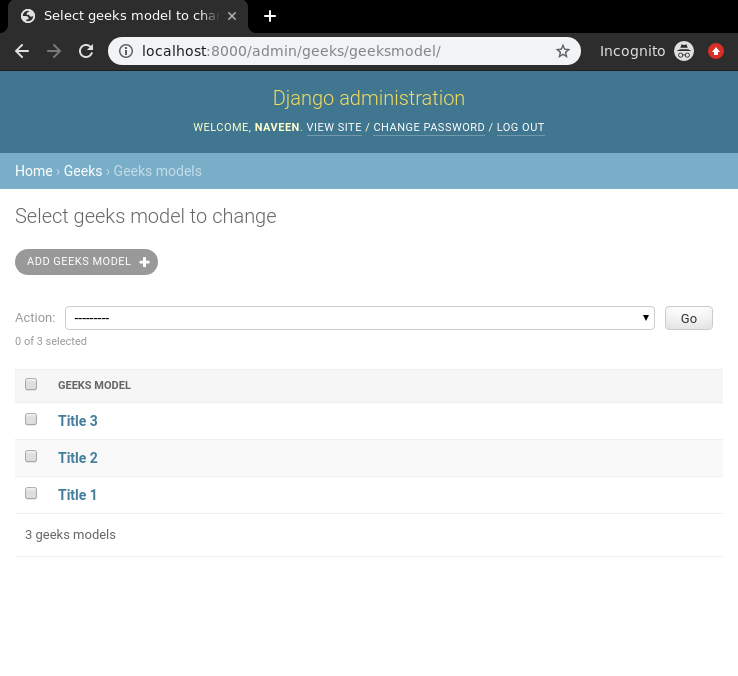