The div tag is known as Division tag. The div tag is used in HTML to make divisions of content in the web page like (text, images, header, footer, navigation bar, etc). Div tag has both open(<div>) and closing (</div>) tag and it is mandatory to close the tag. The Div is the most usable tag in web development because it helps us to separate out data in the web page and we can create a particular section for particular data or function in the web pages.

As we know Div tag is block-level tag in this example div tag contain entire width. It will be displayed div tag each time on a new line, not on the same line.

As we know div tag is used for grouping HTML elements together and is to apply CSS and web layout on them Lets see below example without using div tag. we need to applying CSS for each tag (in the example using H1 H2 and two paragraphs p tags) 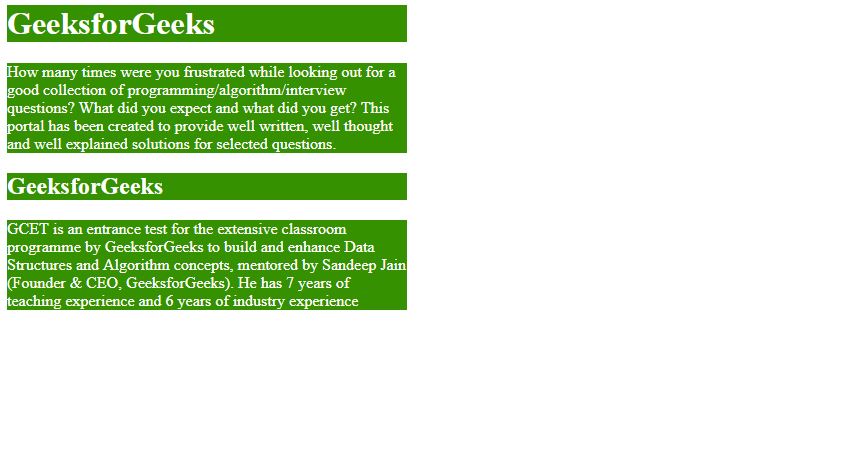 Creating Web Layout using Div Tag The div tag is a container tag inside div tag we can put more than one HTML element and can group together and can apply CSS for them. div tag can be used for creating a layout of web pages in the below examples shows creating a web layout we can also create web layout using tables tag but table tags are very complex to modify the layout The div tag is very flexible in creating web layouts and easy to modify. in below example will show grouping of HTML element using div tag and create block-wise web layout.


Using Div tag we can cover gap between heading tag and paragraph tag in this example will display three blocks web layout. 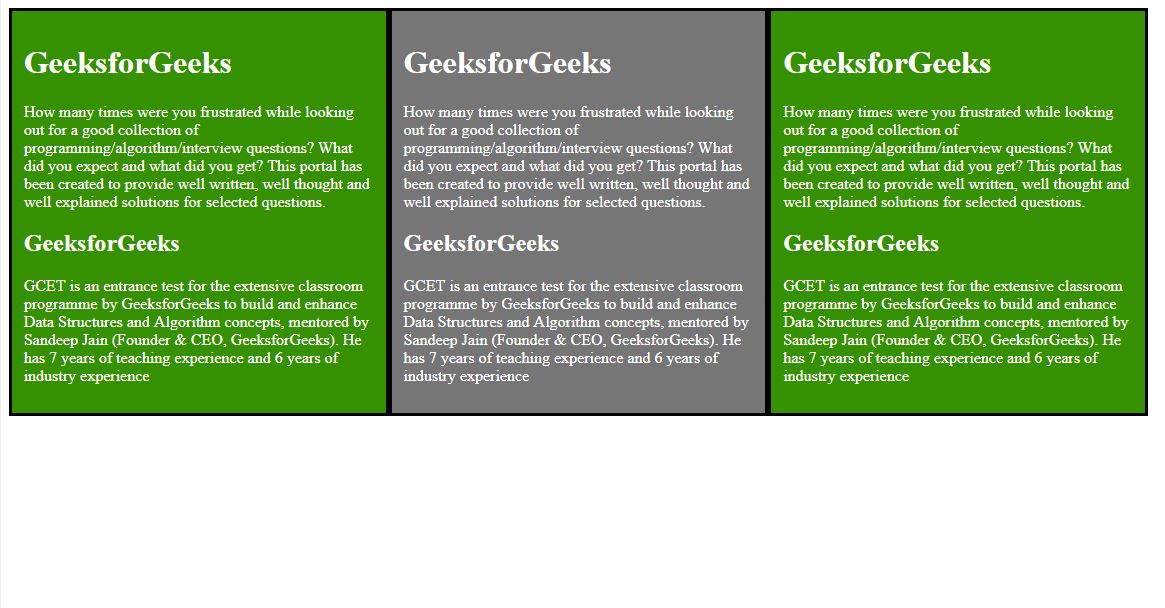 we can use CSS in any divisions using the following methods:

1. Using class: we can use Class on that particular div either in internal CSS or external CSS 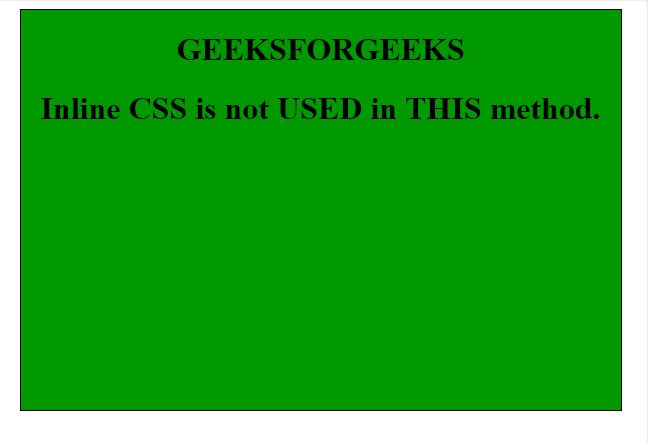 2. Inline CSS: we can directly use CSS in div also this method does not require of CLASS. Div in HTML coding is used as a container tag also because it is the one that can contain all other tags. 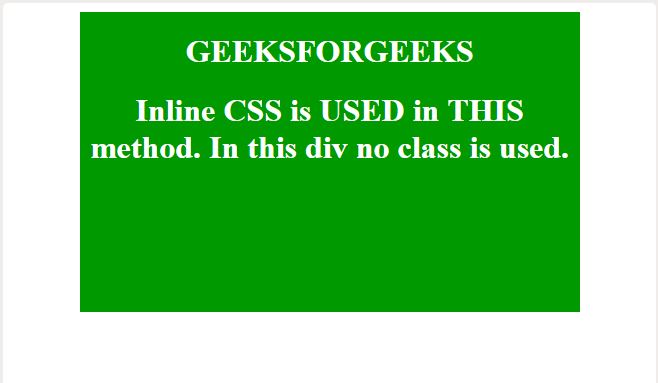 The div and span tag are two common tags when creating pages using HTML and perform different functionality on them while div tag is a block level element and span is inline element The div tag creates a line break and by default creates a division between the text that comes after the tag as begun and until the tag ends with </div>. div tag creates separate boxes or containers for all elements inside this tag like text, images, paragraphs.

The span tag does not create a line break similar to a div tag, but rather allows the user to separate things from other elements around them on a page within the same line. avoiding of line break, results only that selected text to change, keeping all the other elements around them same. Below example will display the difference between span and div tag while div tag contains whole width and span tag contain only required width and rest parts are free for another element.

Supported Browser: The browser supported by <div> tag are listed below:

HTML is the foundation of webpages, is used for webpage development by structuring websites and web apps.You can learn HTML from the ground up by following this HTML Tutorial and HTML Examples.

Previous
HTML <hr> Tag
Next
HTML span Tag
Related Articles
1. How to center a div within another div?
2. How to clear all div's content inside a parent div ?
3. How to overlay one div over another div using CSS
4. How to create navigation bar using <div> tag in HTML ?
5. Difference between <div> and <span> Tag in HTML
6. How to give a div tag 100% height of the browser window using CSS
7. Which tag is used to represent progress of a task in HTML & how is it different from <meter> tag ?
8. Is container tag same as the empty tag in HTML? If not, why ?
9. What purpose does a <script> tag serve inside of a <noscript> tag?
10. Why <big> tag is not in HTML5 while <small> tag exists ?
Article Contributed By : 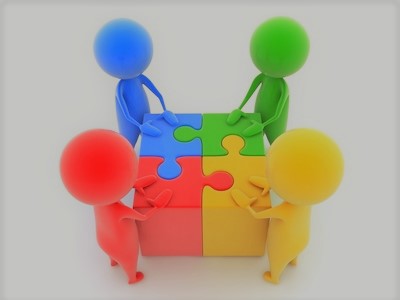