In the field of computer networking, the network management functions are widely used to signal links or restore the failed links, activate the idle links, deactivate the aligned links, also, maintaining the services if the signal links and SPs are lost, forced routing, control routing and signaling the traffic flow control.

Here, in this article, we will cover the MTP protocol and its three layers, particularly the MTP3. We will be discussing its role in computer networking, as well as its features and functionalities, and the benefits it provides.

Now, talking about the MTP layer or Message Transfer Part of the SS7 protocol, it allows the safe routing and network interface, which support SCCP, TCAP, and ISUP. It is further divided into the 3 different layers:

1. MTP layer 1 is a physical Level, also known as a physical layer, which defines the physical, electrical, and functional features of the digital signaling links.

2. MTP layer 2 provides a reliability feature for MTP. such as error monitoring and recovery. It is a signaling link, that is used in conjunction with MTP3 to provide reliable transmission of signaling messages between two signaling points, which are directly connected.

3. MTP Layer 3 is responsible for the links, route, and traffic control components in MTP. MTP 3 ensures that signaling messages are successfully transmitted even if signaling links and signaling transfer points fail. As a result, the protocol provides the functions and procedures, which are required for both to notify remote elements of the signaling network of the results of a failure and to properly adjust message routing via the signaling network.

To understand it properly you can see the diagram below: 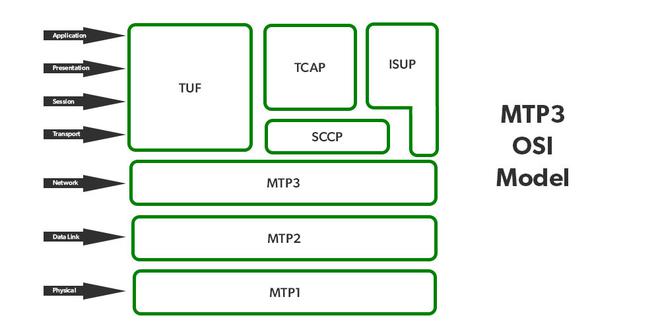 The Features of the MTP3 layer:

The features that MTP3 supports are given down below:

1. Firstly, it works as a signaling transfer point.

2. It can handle national or international signaling traffic.

4. It has a message distribution function. Which helps deliver the message to the correct user part or MTP3 function.

5. It also supports the message routing function. Which is capable of Selecting the right signaling link in order to transmit the messages.  also performs the load sharing between links or linksets.

Functionalities of the MTP3 layer:

The MTP3 layer has been used as a message identifier as well as a message distributor. It determines the signaling messages and then, distributes them to an appropriate user component. Also, its work is to route the inbound messages back out with the proper link to the right network location. It works as an administrator, which conducts the features that create rules and procedures for opening, maintaining, and restoring the links.

So, in this manner, it is divided into two parts, which are as follows:

1. The SHM or Signaling Message Handling

The Signaling Message Handling is responsible for routing messages to the desired network location. Each node here determines the message based on its DCP or Destination Point Code to check whether the message is destined for that node. Now, If the node, which is on the receiving end, is the destination, then, the incoming message will be delivered to the appropriate MTP3 user. But, If the receiving node is not the desired location, then it will be re-routed only if the message is capable to perform routing.

When the message is generated by the node, the MTP3 is responsible for directing its route toward its location with the help of DCP. MTP3 can be further divided into three parts based on its processing. 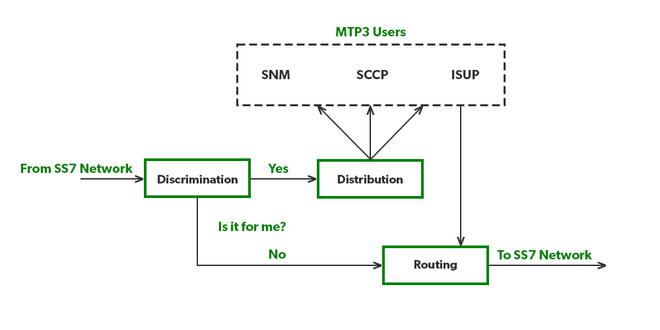 A. The Discrimination Part: In the message discrimination part, MTP3 determines whether, the inbound message is destined for the current processing node, here each node and its point code defines a particular network type.

Each node that receives a message needs to confirm if the message is in its destined location. Which is determined by the DCP in the routing label and also with point code. Here, if the point code is a match, the message will be received and sent to the distribution part for further processing. And if not, then it will be sent to a routing function if the node is capable of routing.

C. The Routing Part: The routing part takes place when it is confirmed that the message is destined for another node. Only in two cases, it can be done, firstly, if the node generates a message that needs to be forwarded to the network. And secondly, when the STP has received a message that is desired to be sent to another node.

In other words, the routing function proceeds only if the discrimination function has declared that the received message is not for the STP. If a Signaling End Point, either SCP or SSP receives a message but the discrimination part declares that the message is not meant for that particular node, then the message will be automatically discarded, as these nodes don’t have any transfer capabilities. Instead, the UPU or A User Part Unavailable will be sent to the originating node as the indication that the message can’t be delivered.

2. The SNM or Signaling Network Management

MTP3 Network Management is a set of messages and procedures, which are used to keep the signaling transport system in a reliable condition. This includes automatically triggering actions in response to network events like connection or route failures, as well as reporting network status to other nodes.

A. The Traffic management Part: This part is responsible for signaling traffic management. Which initially are the messages created by the MTP3 users, such as SCCP and ISUP. The purpose of this function is to keep the traffic going toward the destined location, despite the network failures and congestion. Sometimes, it can include the re-routing of traffic to an alternative network path, or in some cases, it may require message re-transmissions.

Traffic management is entirely dependent on the data received from the link management and route management to direct user traffic. For this purpose following functions are responsible to complete the task:

B. The Route Management: Route management involves the exchange of information on the routing states between the nodes. When a situation occurs, which can affect the availability of the route, it sends a warning message to notify other nodes about the change in the routing state. Route management sends the information to the traffic management, so that, it can adjust the traffic patterns and flow according to the situation.

This function uses the following messages to notify others about the routing status of other network nodes:

C. The Link Management: The MTP3 users are provided with a link, once they are proved to be capable of transporting messages. When a link fails, it directly affects the two nodes, which are connected through the link. Here, the work of link management is to detect and strive to restore any communication loss in the process. In an attempt to re-establish the connection, both nodes linked to the link engage restoration processes. Here, the link management process can be divided into three parts:

Some other functionalities of the MTP3 layer are briefly explained below:

1. ANSI Network and Cluster Routing: Routing is typically performed hierarchically. Messages on ANSI networks can be routed by matching only a part of the DPC. The match is performed on a subset of the DPC’s Most Significant Bits, allowing messages to be routed with fewer entries in the routing tables. This function is especially helpful when dealing with traffic headed for the network of another operator.

The example of ANSI Cluster routing can be seen in the diagram below: 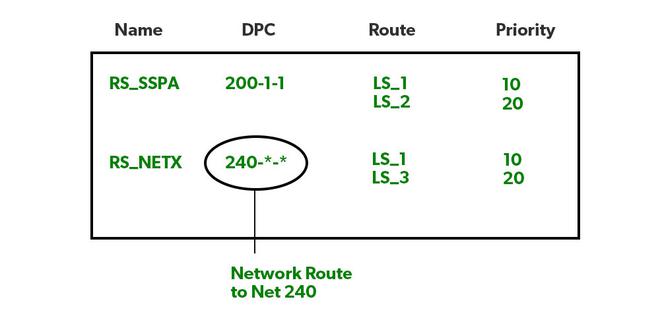 2. Load Sharing: To create network reliability, a well-designed SS7 network uses different message pathways. To maintain a balanced load on network infrastructure, user traffic is often load-shared across many paths. Because each line is carrying traffic, load sharing ensures that faults on each path are recognized immediately.

There are mainly two types of Message load sharing, which are as follows:

4. SLS in ANSI Networks: To begin with, ANSI networks employ an eight-bit SLS code. If the message is routed across a combined linkset, the least significant bit of the SLS is used for linkset selection, and the remaining bits are used for link selection. When routing over a single linkset, all bits are used to select the link.

2. Provides network failure and traffic management solutions: The Signaling Network Management process in SS7 provides a reliable method for managing the network failures and traffic with the least amount of message loss, duplication, or is-sequencing.

3. Ensures Network integrity: Timers keep track of the SNM process and messages to ensure that the correct action is taken to keep the network integrity.