Difference between RMI and Socket

This article describes techniques for Client and Server setup where a Client connects, sends messages to the server and the server shows them using a connection and vice versa. RMI and Sockets both are used to establish a connection between client and server but there are some major differences between RMI and Socket, let’s look into it.

but before that let’s understand what is RMI and what is Socket and their components.

Remote Method Invocation is basically an API which allows an object to invoke the method on an object running in a different machine’s JVM(server-side). In RMI we generally create two programs, client-side and server-side. both sides have their entry gateways i.e. Stubs and Skeletons. RMI is for high-level java to java distributed computing. In short, RMI creates a public remote server object that enables client and server-side communications through simple method calls on the server object. One bigger problem of RMI is, that it is only available in Java thus client and server need to be implemented in Java. 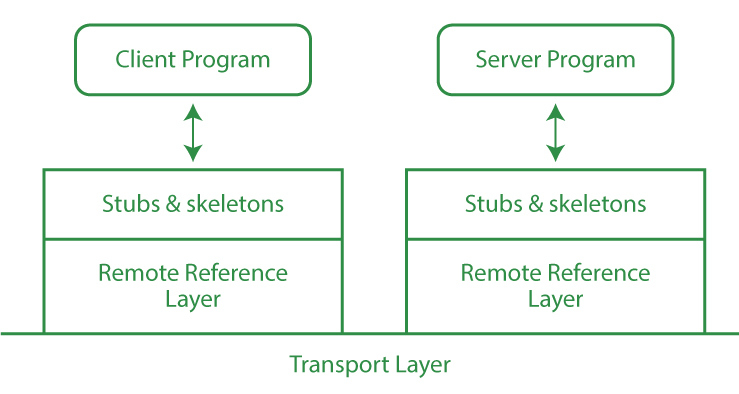 There are basically six steps to implement RMI connection are as follows:

Socket programming is also a technique which is used to establish a connection between the client and server-side with the help of sockets. Sockets are nothing but two-sided communication links between two programs in a network. To connect to another machine we need a socket connection. It means the two machines have information about each other’s network location and TCP port. Sockets are like gateways which provide access points for programs through some specific port numbers. The socket connection may be TCP or UDP. Socket-based Communication is independent of programming languages.

There are majorly four types of socket available: 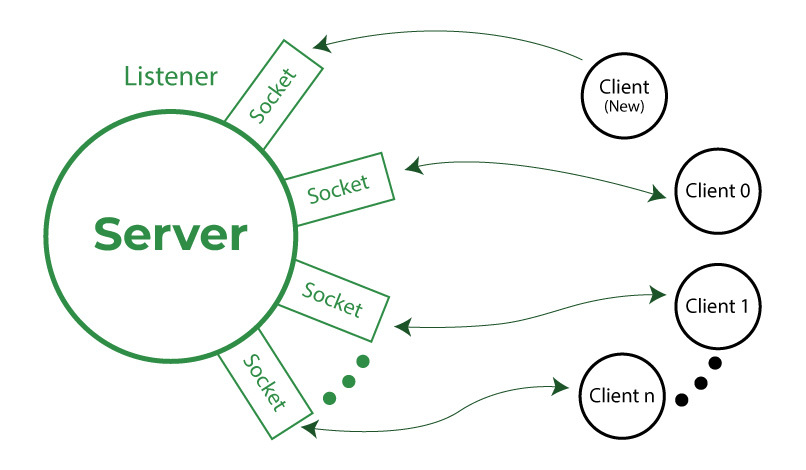 Differences between RMI and Socket: