The free movement of an object in relation to time is known as motion. It can be described as the act of shifting one’s position. For instance, a moving train, a rotating fan, a rolling ball, and so forth. Even though the planet is always in motion, there are several sorts of motion that will help you grasp things more thoroughly. 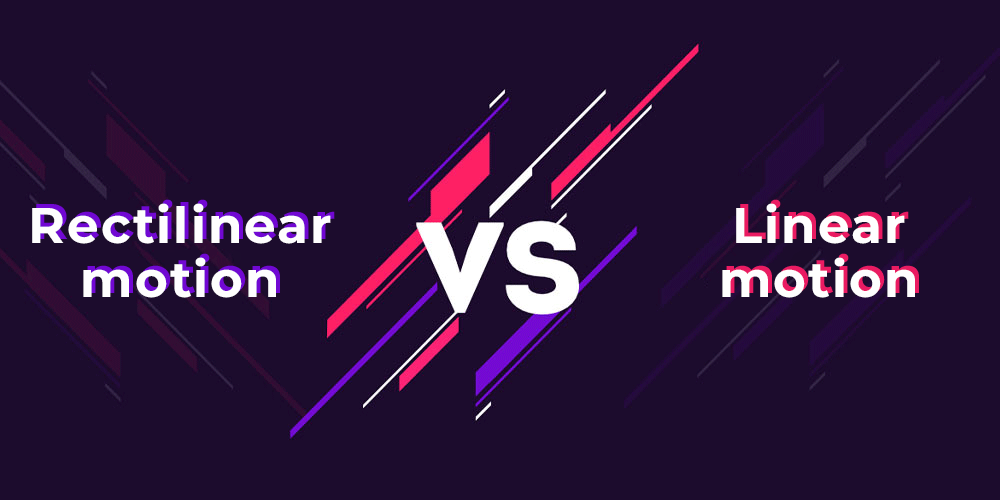 The motion of an object is categorized into four, on the basis of the nature of the movement of the object as,

However, on the basis of the path followed by the object, the motion is described in two ways:

What is Linear Motion?

Linear motion is defined as when a body is moving in a straight line or along a curved line in a plane. It can be along any curve line or path.

What is Rectilinear Motion?

Rectilinear motion is defined as a phenomenon in which a body is moving only along a straight line. It is one type of linear motion.

Question 1: What are the two types of linear motion?

Linear motions is of two types, they are

Rectilinear motion is defined as a phenomenon in which a body is moving only along a straight line. It is one type of linear motion.

Curvilinear motion is defined as the motion of the l objects moving in a circular path.

Question 2: Does motion have any units.

Question 3: A man is moving in a car with a velocity of 8 m/s, then he suddenly stops the car. Does he brake to stop completely with an acceleration of -4m/s2?

Therefore, the distance travelled by man in car is 2 m.

Question 4: A ball is moving with a velocity of 19 m/s for a distance of 120 m. Find the time taken to reach that distance?

Therefore the time taken to reach that distance is 24 s.

Therefore, the acceleration of the car is 5 m/s2.

Question 6: An object is thrown from a building with a constant acceleration of 20m/s2. Find the speed after 5 sec when it was dropped.