A semiconductor material’s electrical conductivity is somewhere between that of a conductor, such as metallic copper, and that of an insulator, such as glass. As the temperature rises, its resistivity reduces, whereas metals have the opposite effect. The conductivity of a crystal structure can be modified in a beneficial way by introducing impurities (doping) to it. When two separate doped areas in the same crystal exist, a semiconductor junction is generated. The behaviour of charge carriers such as electrons, ions, and electron holes at these junctions is the foundation of diodes, transistors, and most modern electronics.

Semiconductors include silicon, germanium, gallium arsenide, and the metalloid elements of the periodic table. After silicon, gallium arsenide is the second most common semiconductor, and it’s utilized in laser diodes, solar cells, microwave-frequency integrated circuits, and other devices. Most electrical circuits use silicon as a component. 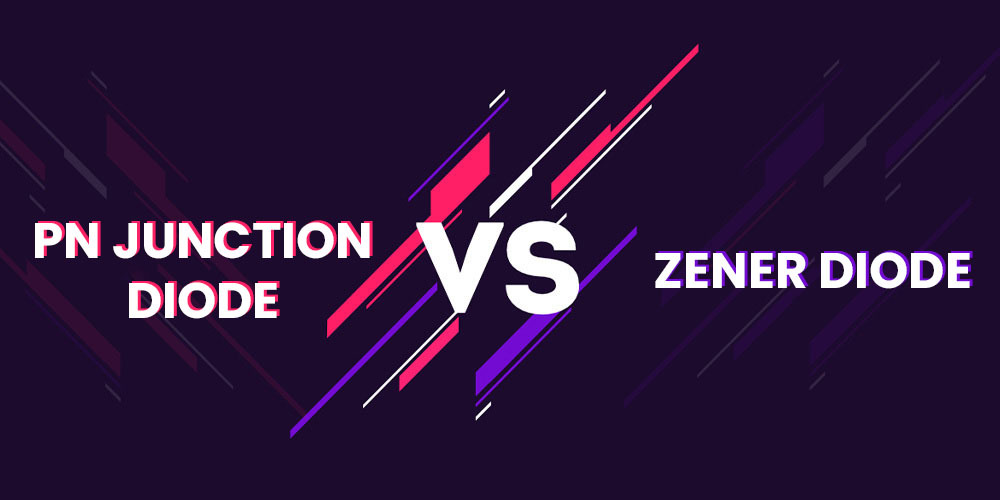 What is PN Junction?

Inside a single crystal of semiconductor, a p–n junction is a border or interface between two types of semiconductor materials, p-type and n-type. In the outer shells of the electrically neutral atoms on the “p” (positive) side, there are more holes than electrons, while on the “n” (negative) side, there are more electrons. This allows only one direction of electrical current to travel through the junction. Doping, such as ion implantation, diffusion of dopants, or epitaxy, creates the p-n junction.

Because it only permits current to travel in one direction, the PN junction diode is utilized for rectification. It’s a type of switch that only lets forward current travel through it.

What is Zener diode?

Zener diodes come in a wide range of Zener voltages, some of which are even tunable. The Zener effect occurs when a Zener diode has a sharp, highly doped p–n junction with a low Zener voltage, in which case reverse conduction occurs due to electron quantum tunnelling in the small distance between the p and n regions.

When a particular set reverse voltage, known as the Zener voltage, is attained, a Zener diode reliably allows current to flow “backwards.”

Zener diodes are one of the main building blocks of electronic circuits and are widely utilized in electronic equipment of all kinds. They’re utilized to create low-power stabilized supply rails from a larger voltage and give reference voltages for circuits, particularly stabilized power supplies. They’re also employed to guard against overvoltage, particularly electrostatic discharge.

The forward and reverse currents can both pass through the Zener diode. Because it supplies a constant voltage from the supply to the load whose voltage varies across a sufficient range, the Zener diode is utilized as a voltage regulator in an electronic circuit. 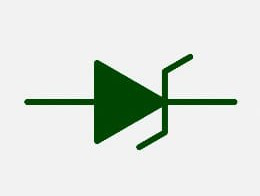 Question 1: What does the temperature coefficient imply?

Question 2: What is the purpose of a Zener diode as a voltage regulator?

Question 3:What does it mean when a Zener gets broken down?

A diode’s depletion region will be narrow if it is substantially doped. When a high reverse voltage is put across the junction, the electric field at the junction becomes extremely strong. And then there’s the production of electron-hole pairs. As a result, there are strong currents. Zener breakdown is the term for this.

Question 4: Explain the differences between P-type and N-type semiconductors.

A P-type semiconductor is formed when a small quantity of trivalent impurity (such as boron, gallium, indium, or Aluminium) is added to a pure semiconductor crystal during crystal development.

The N-type semiconductor is formed when a small quantity of pentavalent impurity (such as arsenic, antimony, bismuth, or Phosphorous) is added to a pure semiconductor crystal during crystal development.

Question 5: Explain the meaning of the term “doping” and why it is necessary.

The electrical conductivity of intrinsic semiconductor, which has minimal current conducting capability at ambient temperature and hence is of little value, can be boosted several times by crystallising it with a little amount of impurity (of the order of one atom per million atoms of pure semiconductor). Doping is the term for this process.

Question 6: Why does a p-n junction’s depletion zone produce an electric field?

In a p-n junction, the separation of positive and negative space charge densities produces an electric field