Difference Between One-Tailed and Two-Tailed Tests

A one-tailed test is based on a uni-directional hypothesis where the area of rejection is on only one side of the sampling distribution. It determines whether a particular population parameter is larger or smaller than the predefined parameter. It uses one single critical value to test the data.

Example: Effect of participants of students in coding competition on their fear level.

The main intention is to check the decreased fear level when students participate in a coding competition.

A two-tailed test is also called a nondirectional hypothesis. For checking whether the sample is greater or less than a range of values, we use the two-tailed. It is used for null hypothesis testing. 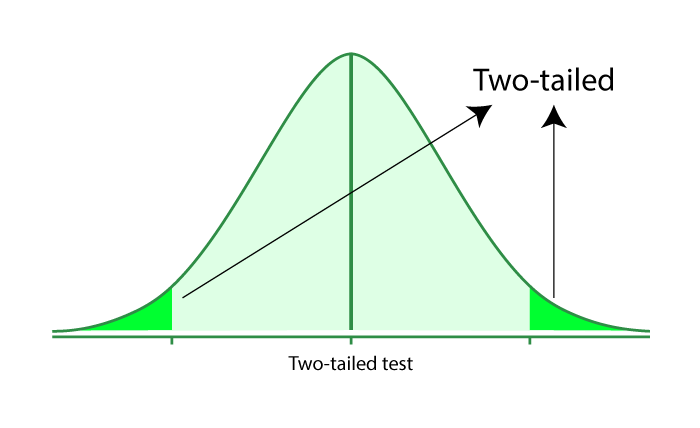 Example: Effect of new bill pass on the loan of farmers.

New bill passes can affect in both ways either increase or decrease the loan of farmers.

Difference Between One and Two-Tailed Test: