Difference between Internal and External fragmentation 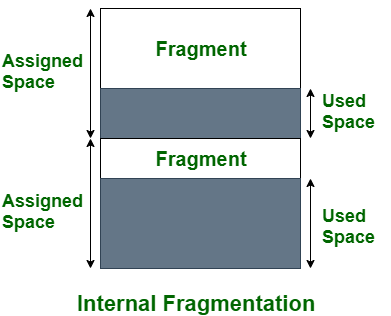 In the above diagram, we can see that, there is enough space (55 KB) to run a process-07 (required 50 KB) but the memory (fragment) is not contiguous. Here, we use compaction, paging, or segmentation to use the free space to run a process.