Difference between HIDs and NIDs

Cyber security and network security have always been a topic of great concern and mostly in recent years and many technologies are developed to tackle the issue, Intrusion detection being one of them. Intrusion detection plays a vital role because it is not concerned with the authority or entity performing it but rather it monitors the flow of data and traffic in the network. It might be the case that an authorized person or an insider is trying to attack and harm the system and hence it becomes the need of the hour to try and develop technologies that are not dependent on such factors except for the security of the system network.

Intrusion detection systems are divided into 5 different categories, but here we will be looking at two IDS:

This intrusion detection system takes the host as a complete world in itself. It can be a computer (PC) or a server that can serve as a system in itself, analyzing and monitoring its own internals. It operates by examining the files/data incoming and outgoing from the host it is operating upon. It works by taking the snapshot of the existing file system from the one taken previously and comparing them against each other. If they are the same it means the host is safe and devoid of attack whereas changes might point towards a potential attack. 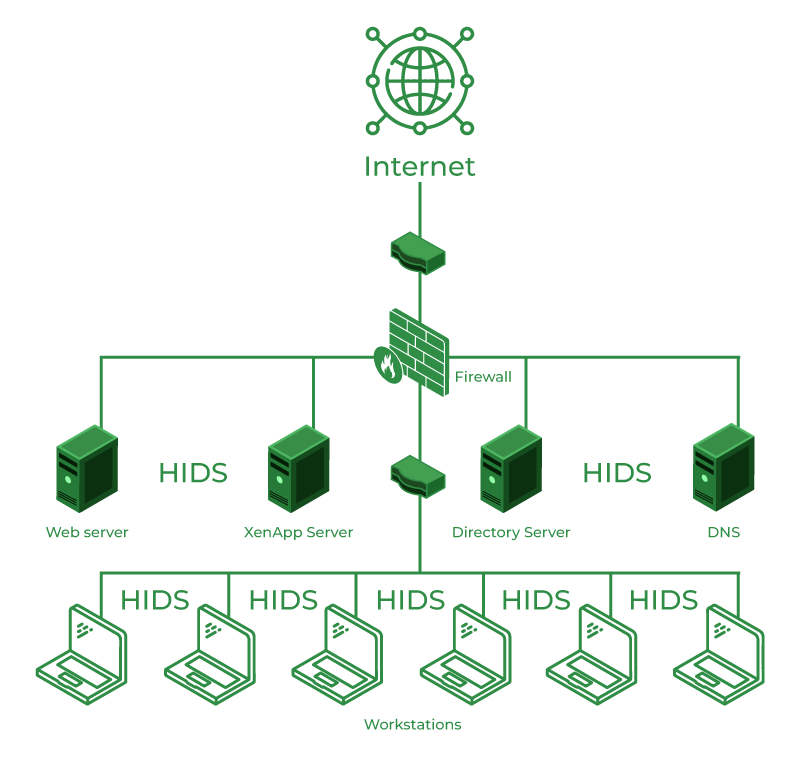 This intrusion detection system takes charge. Installation points of HIDS and NIDS of the entire network and is capable of operation in mixed and hybrid environments. If anything malicious or unusual is detected on the network or cloud or any other mixed environment it will initiate alerts. 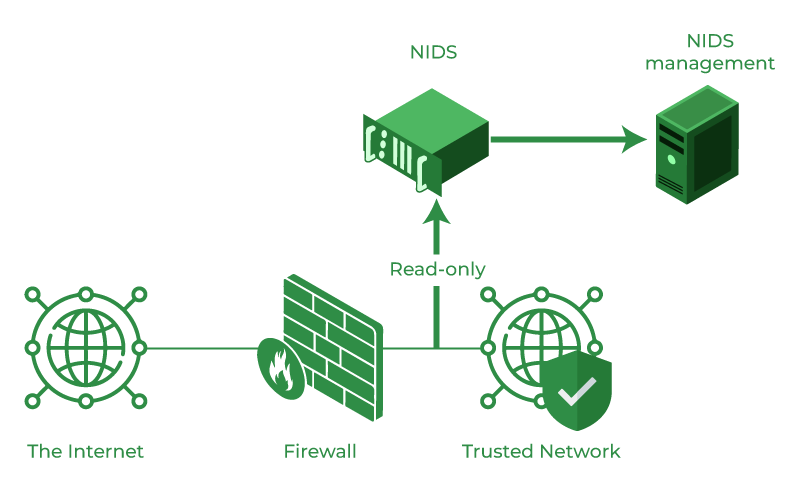 Keeping aside the differences, both HIDS and NIDS are computer security systems that are used to protect systems from spyware, viruses, and other malicious file types, both HIDS and NIDS are passive in nature, meaning they are just used to detect intrusion and prevent it, operating in the read-only mode these detection systems just detect the malicious activity and report it the management servers via various network connections, the difference lies in the point of their installation.

Following is a table of differences between HIDS and NIDS: