Difference between CPU and GPU

Central Processing Unit (CPU):
CPU is known as brain for every ingrained system. CPU comprises the arithmetic logic unit (ALU) accustomed quickly to store the information and perform calculations and Control Unit (CU) for performing instruction sequencing as well as branching. CPU interacts with more computer components such as memory, input and output for performing instruction. 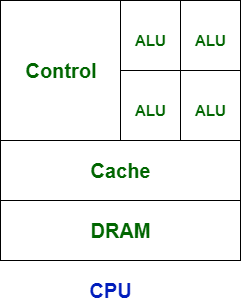 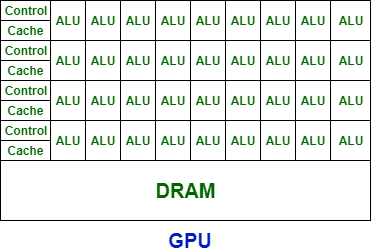 Let’s see the difference between CPU and GPU: