In this article, we will be discussing how to use the dictionaRy package of the R Programming language.

dictionaRy is an R interface to the ‘Free Dictionary API’. It can be used to get data about an English word like definition, part of speech, origins, pronunciation, etc. We will be using this package to get definitions, parts of speech, and examples of the function and also discuss other approaches as well.

Get the definition of a word:

Note: We will also be using the tidyverse package to use select() for easy syntax. It’s not compulsory.

To get started first we need to import dictionaRy and tidyverse package. Now we will need a word for further process and store it in a variable, for this example, we will be using “greetings” as our input and variable name word.

After all this, we will pass word variable in a define() and store the JSON response in a variable named “data”. For clean and easy syntax we will be using select() to get values from json. Here select() will need a parameter and it will search for the matching key and return its value.

2 The action of the verb to greet.

Scrap more info about the word:

As define() returns JSON so it also has several keys like part of speech, for example, phonetics, and audio, So we will be passing all these values one by one in select() to get a complete response present in JSON. 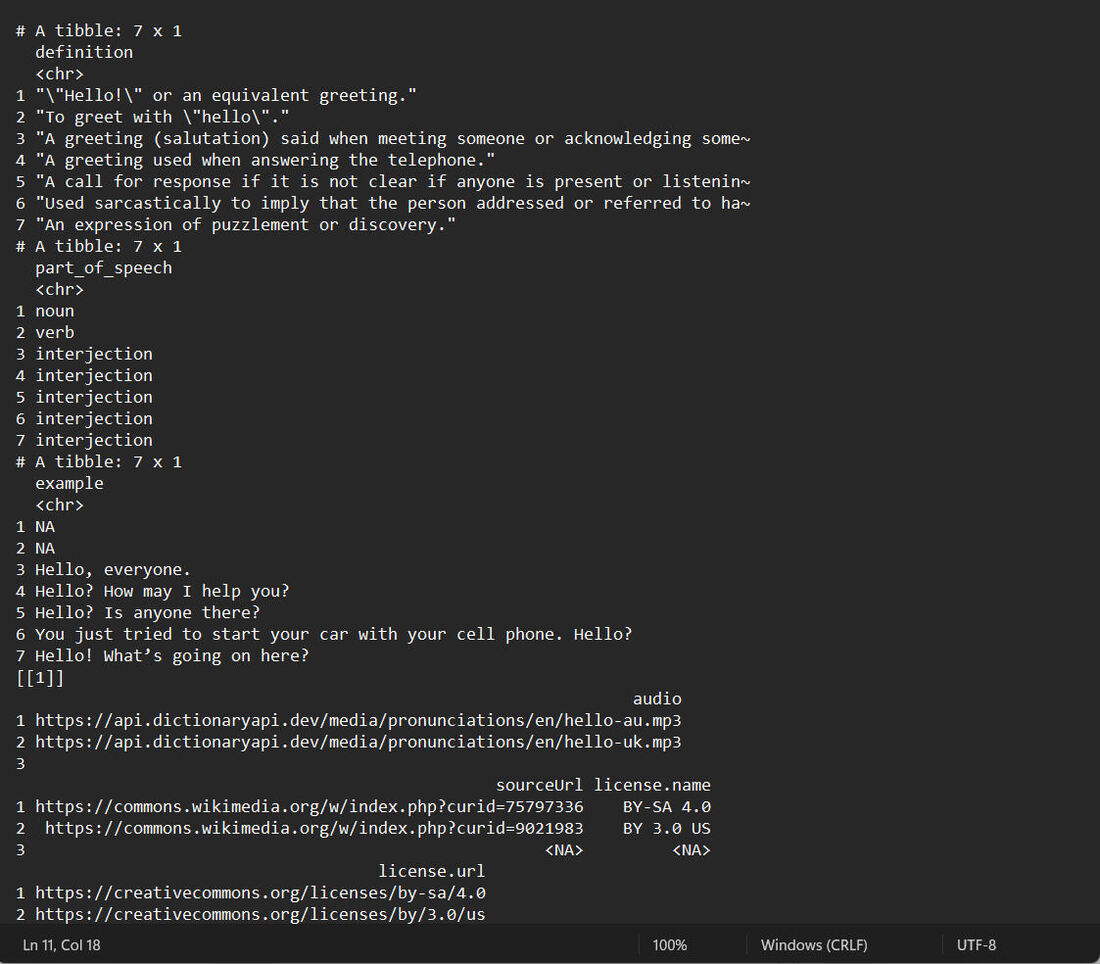