Dex mean plot is used to analyzing the data from the respective set of factors that contains two or more than two levels. The plot represents the mean values of two or more levels of factors each plotted by factors. This means the values of a factor are connected by the straight line. Dex mean plot is a complement to traditional Analysis of Variance (ANOVA) of design experiments.

Dex mean plot can be used to answer the following questions: 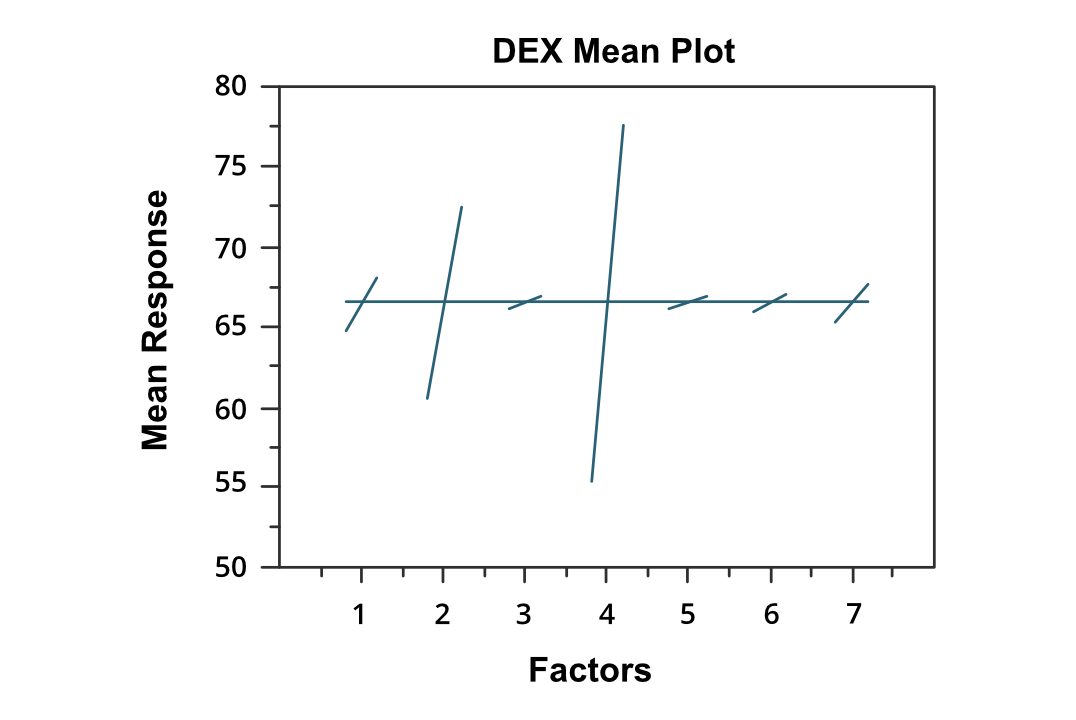 We can draw the following conclusions from the above plot:

We can use the scatter plot matrix in the dex mean plot to display first-order interactions. For the k factors, we need k rows and k columns. On the diagonal of the matrix plot, the plot is simply a dex mean plot with a single factor. For the non-diagonal plot, measurements at each level, where the level is Xi * Xj and Xi is the code for the ith main effect level and Xj is the code for the jth main effect. After that, we generate the dex mean plot for the interaction variable. Below is an example of Dex Mean plot matrix: 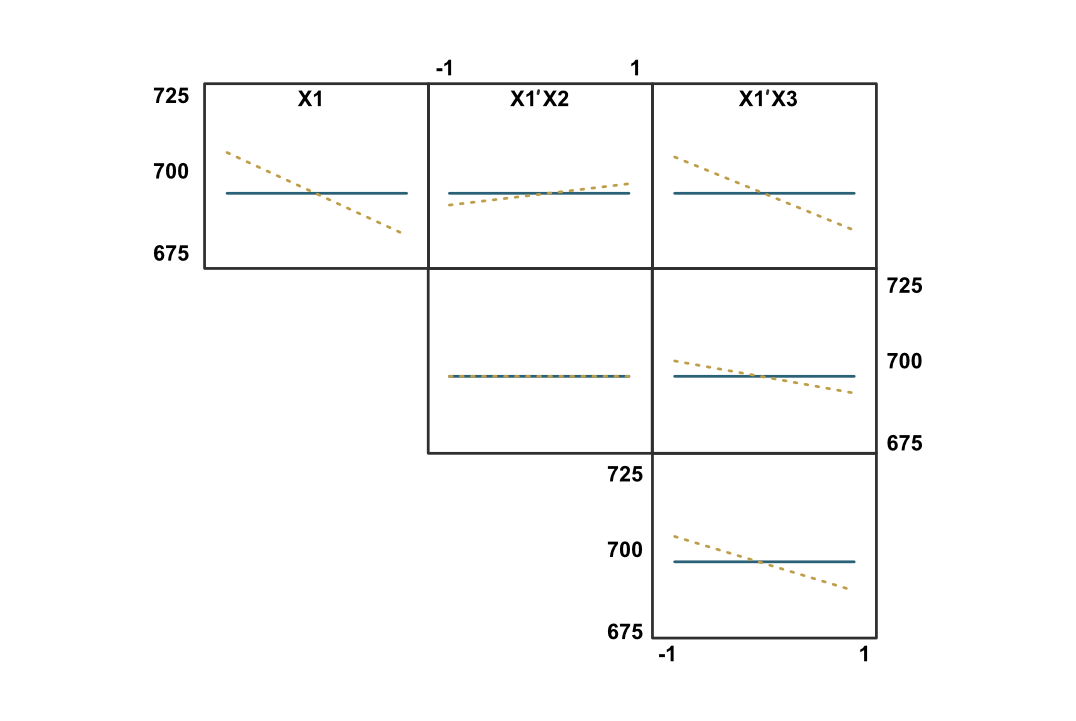