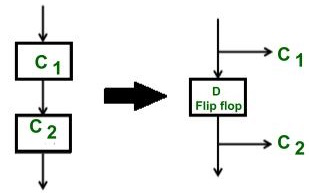 Example –
Suppose the processor has two instructions add or subtract (Therefore an opcode of 1 bit is needed in which 0 opcode for add instruction and 1 for subtract is used. 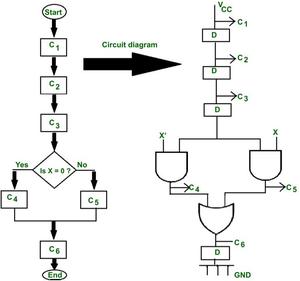 Circuit design –
Between two consecutive control signals which are independent,  one delay element is introduced between them to produce a delay of 1 T state. The decision box is converted into and complemented AND gate circuit(i.e. if x= 0 then x’= 1, so, a c4 control signal is generated. 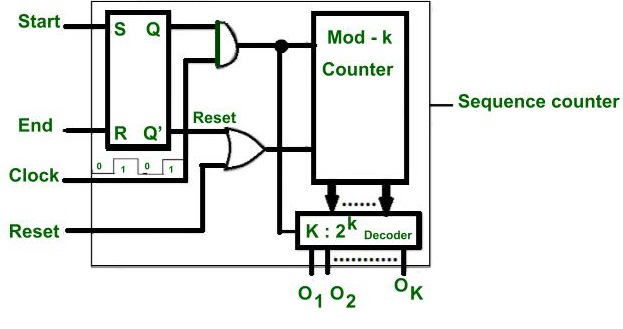 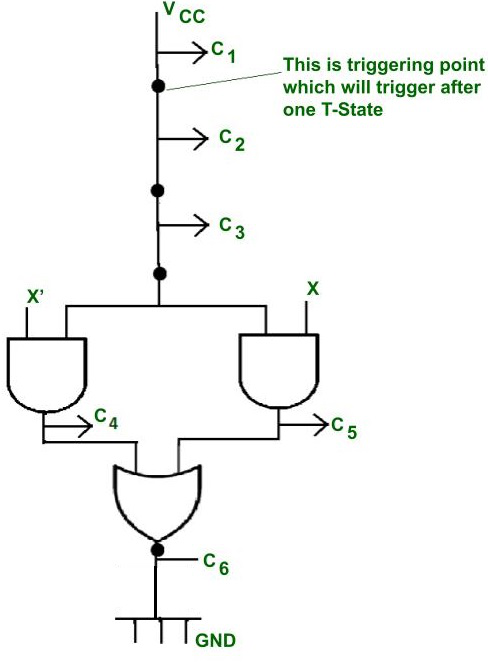 Example of 2 instructions used in the delay element method

Example of 2 instructions used in the delay element method[/caption] 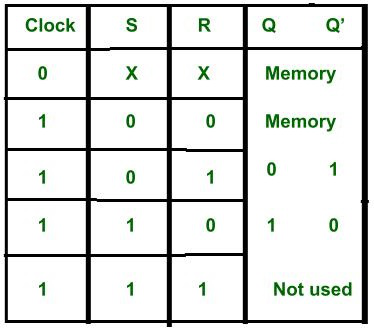 If the counter is of K bits then K:2K decoder is required this can produce 2K outputs and that will trigger the 2K triggering points after a gap of 1-1 T-states in the circuit.