A dependency graph is used to represent the flow of information among the attributes in a parse tree. In a parse tree, a dependency graph basically helps to determine the evaluation order for the attributes. The main aim of the dependency graphs is to help the compiler to check for various types of dependencies between statements in order to prevent them from being executed in the incorrect sequence, i.e. in a way that affects the program’s meaning. This is the main aspect that helps in identifying the program’s numerous parallelizable components.

It assists us in determining the impact of a change and the objects that are affected by it. Drawing edges to connect dependent actions can be used to create a dependency graph. These arcs result in partial ordering among operations and also result in preventing a program from running in parallel. Although use-definition chaining is a type of dependency analysis, it results in unduly cautious data reliance estimations. On a shared control route, there may be four types of dependencies between statements I and j.

Dependency graphs, like other-directed networks, have nodes or vertices depicted as boxes or circles with names, as well as arrows linking them in their obligatory traversal direction. Dependency graphs are commonly used in scientific literature to describe semantic links, temporal and causal dependencies between events, and the flow of electric current in electronic circuits. Drawing dependency graphs is so common in computer science that we’ll want to employ tools that automate the process based on some basic textual instructions from us.

Dependencies are broadly classified into the following categories:

When a statement computes data that is later utilized by another statement. A state in which instruction must wait for a result from a preceding instruction before it can complete its execution. A data dependence will trigger a stoppage in the flowing services of a processor pipeline or block the parallel issuing of instructions in a superscalar processor in high-performance processors using pipeline or superscalar approaches.

Control Dependencies are those that come from a program’s well-ordered control flow. A scenario in which a program instruction executes if the previous instruction evaluates in a fashion that permits it to execute is known as control dependence.

In computer science, a flow dependence occurs when a program statement refers to the data of a previous statement.

When an instruction needs a value that is later modified, this is known as anti-dependency, or write-after-read (WAR). Instruction 2 anti-depends on instruction 3 in the following example; the order of these instructions cannot be modified, nor can they be performed in parallel (potentially changing the instruction ordering), because this would modify the final value of A.

Required dependency graph for the above grammar is represented as – 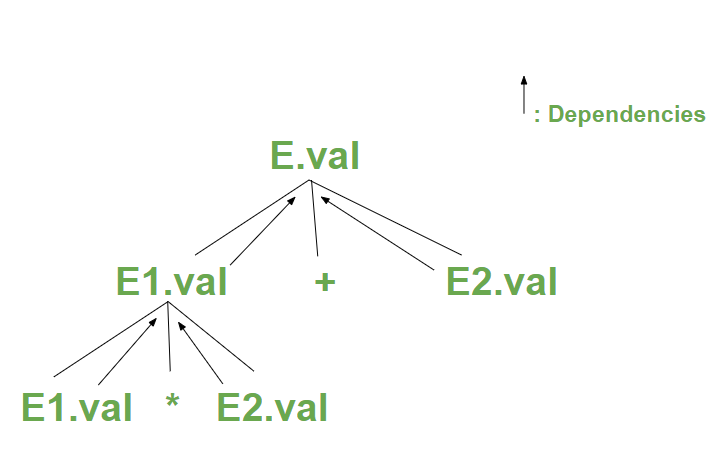 Dependency Graph for the above example

Dependency resolution is a two-phase procedure that is performed until the dependency graph is complete.

A version conflict is a conflict that happens when two components depend on the same module but the versions are different.

Gradle resolves this by selecting the highest version. In that case, 19.0.2 will be chosen.

But that’s not the end of the store. Gradle has a notion of rich version declaration, and there are numerous ways to choose a version from a variety of options.

Implementation conflicts are the situations when the dependency graph contains multiple modules that provide the same implementation, or capability in Gradle terminology. Gradle determines what a module offers using variations and capabilities. This is a one-of-a-kind feature that demands its own chapter to fully comprehend what it entails and allows. A conflict occurs the moment two modules either: