Deno.js : The next step for JavaScript

The creator of Node js found there were many flaws in Node as can be shown in this video: https://www.youtube.com/watch?v=M3BM9TB-8yA.
He started the project called deno 2 yrs back which was open source and was in alpha. Recently deno 1.0 (production-ready) was released on May 13, 2020.

Javascript has come a long way from a mess as a browser language to a server-side robust language that is used for the full-stack development of applications. But there were many flaws in JS that got into Node that were updated in the coming years but not got updated in Node. The creator of Node decided to build something like Node but without all these flaws. So now we have a new server-side tech.

Will it replace Node js?

No, Node is now a well-established technology and it is being used extensively worldwide. But people will start to move towards deno as it is essentially Node but better.

Similarities between Node and deno

Node was implemented before JS had Promises or async / await. Node’s counterpart to promises was the EventEmitter, which APIs in Node are based upon.
While All callbacks in Deno arise from promises.

Deno creates a sandbox environment that only allows system calls that are allowed explicitly by its CLI.
There is nothing stopping Node from accessing your private files on disk and sending it to the server while Deno tries to replicate the same permission model that the browser implements.
If a program needs to access the network we have to give it the permission explicitly like this:

Deno supports TypeScript without additional tooling. The runtime is designed with TypeScript in mind. The deno types command provides type declarations for everything provided by Deno. Deno’s standard modules are all written in TypeScript.

Deno is not compatible with existing JS tooling and Node packages. But efforts are being done to make the tooling more compatible.

Should you learn Deno?

Let’s get our hands dirty with deno:

Or a more complex one: 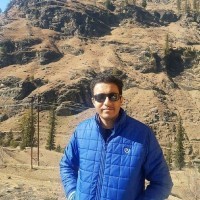