Delete View refers to a view (logic) to delete a particular instance of a table from the database. It is used to delete entries in the database for example, deleting an article at geeksforgeeks. We have already discussed basics of Delete View in Delete View – Function based Views Django. Class-based views provide an alternative way to implement views as Python objects instead of functions. They do not replace function-based views, but have certain differences and advantages when compared to function-based views:

Illustration of How to create and use DeleteView using an Example. Consider a project named geeksforgeeks having an app named geeks.


Create a template in templates/geeks/geeksmodel_confirm_delete.html, 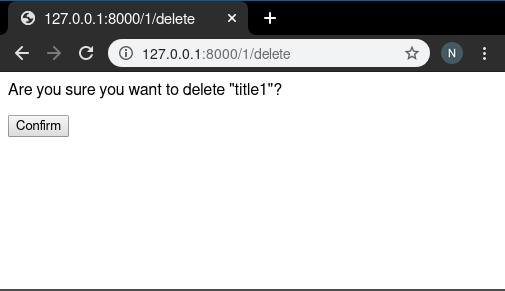 Tap confirm and object will redirect to success_url defined in the view. Let’s check if title1 is deleted from database. 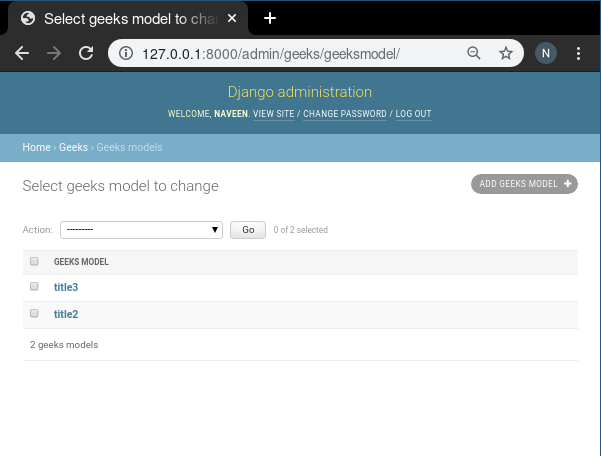