While designing an application it could potentially consume a lot of space/memory if care is not taken when closing widgets. The QObject-based classes are designed to be (optionally) linked together in a hierarchy. When a top-level object is deleted, Qt will automatically delete all its child objects as well. However, when closing widgets, automatic deletion will only happen if the Qt.WA_DeleteOnClose attribute is set (which, by default, it usually isn’t).

In PyQt5, there are two aspects to object ownership: the Python part, and the Qt part. Often, removing the last Python reference to an object won’t be enough to fully clean up, because there could still be a reference held on the Qt side. In general, Qt tends not to implicitly delete objects. So if your application creates and removes lots of Widgets, you may need to take steps to delete them explicitly if memory usage is a concern.

deleteLater() method allows us to explicitly delete the reference of the widget.

Argument : It takes no argument.

Action performed : It deletes/remove the reference of the widget from the memory.


It will delete the reference associated with the label widget from memory.
Output : 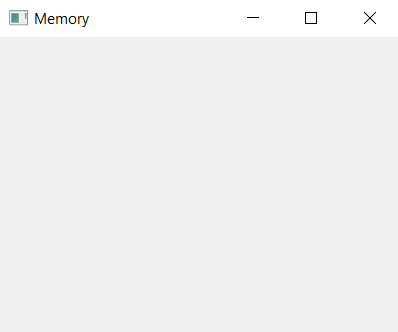