Decorators are a very powerful and useful tool in Python since it allows programmers to modify the behaviour of function or class. Decorators allow us to wrap another function in order to extend the behaviour of the wrapped function, without permanently modifying it. But before diving deep into decorators let us understand some concepts that will come in handy in learning the decorators.

First Class Objects
In Python, functions are first class objects that mean that functions in Python can be used or passed as arguments.
Properties of first class functions:

Consider the below examples for better understanding.
Example 1: Treating the functions as objects.

In the above example, we have assigned the function shout to a variable. This will not call the function instead it takes the function object referenced by a shout and creates a second name pointing to it, yell.
Example 2: Passing the function as an argument

In the above example, we have created a function inside of another function and then have returned the function created inside.
The above three examples depict the important concepts that are needed to understand decorators. After going through them let us now dive deep into decorators.

As stated above the decorators are used to modify the behaviour of function or class. In Decorators, functions are taken as the argument into another function and then called inside the wrapper function.
Syntax for Decorator:

Let’s see the behaviour of the above code how it runs step by step when the “function_to_be_used” is called. 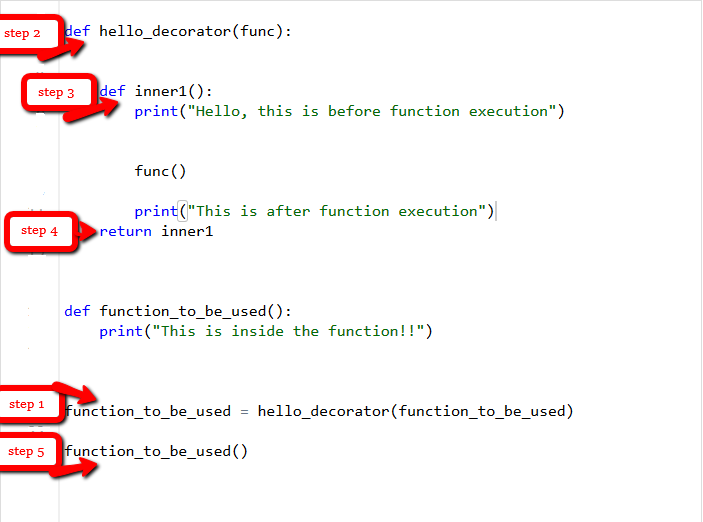 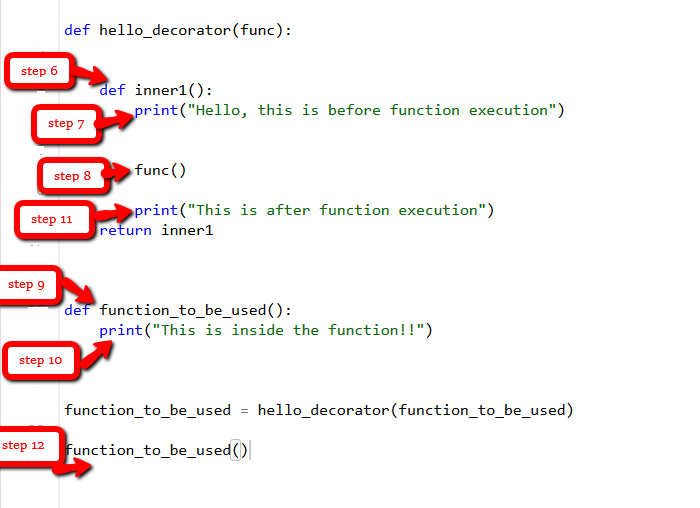 Let’s jump to another example where we can easily find out the execution time of a function using a decorator.

What if a function returns something or an argument is passed to the function?

In all the above examples the functions didn’t return anything so there wasn’t any issue, but one may need the returned value.

In the above example, you may notice a keen difference in the parameters of the inner function. The inner function takes the argument as *args and **kwargs which means that a tuple of positional arguments or a dictionary of keyword arguments can be passed of any length. This makes it a general decorator that can decorate a function having any number of arguments.

The above example is similar to calling the function as – 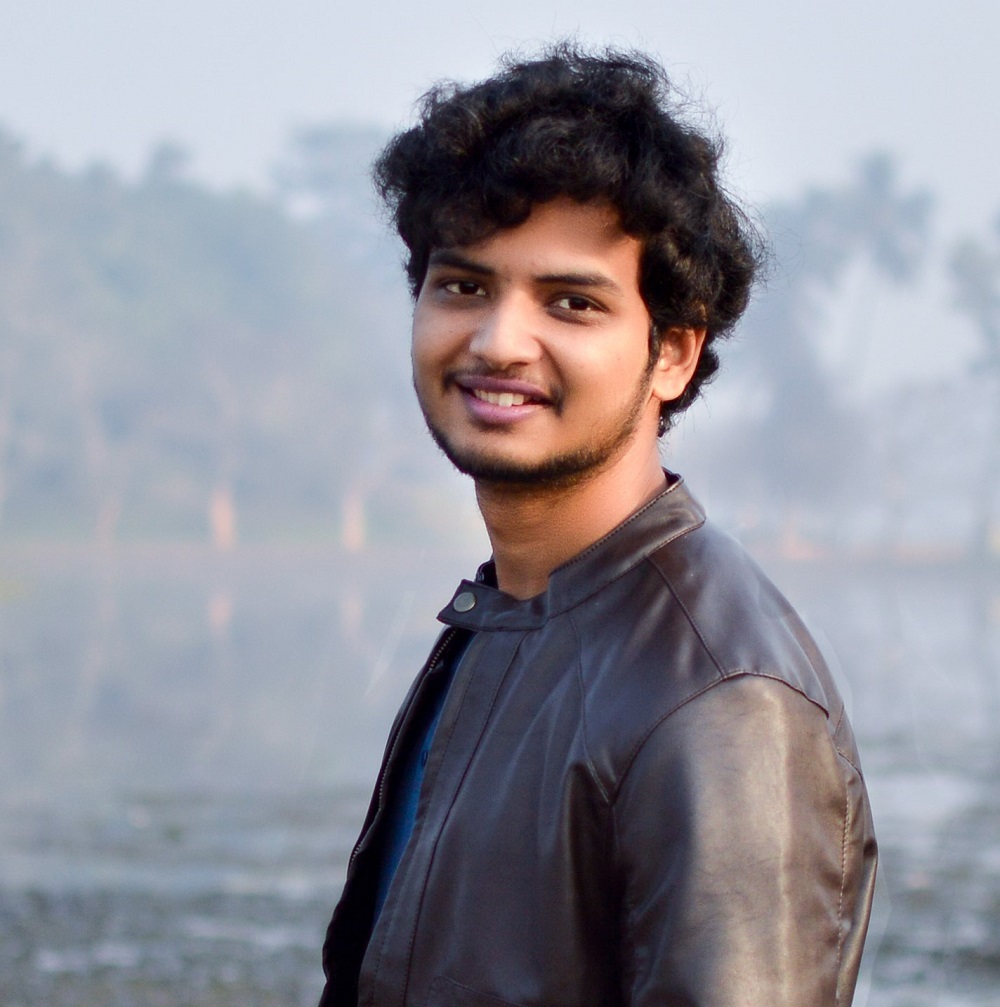