Data visualization is the technique used to deliver insights in data using visual cues such as graphs, charts, maps, and many others. This is useful as it helps in intuitive and easy understanding of the large quantities of data and thereby make better decisions regarding it.

R is a language that is designed for statistical computing, graphical data analysis, and scientific research. It is usually preferred for data visualization as it offers flexibility and minimum required coding through its packages.

Consider the following airquality data set for visualization in R:

Some of the various types of visualizations offered by R are: 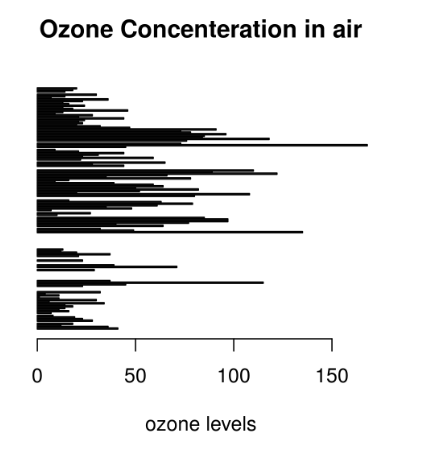 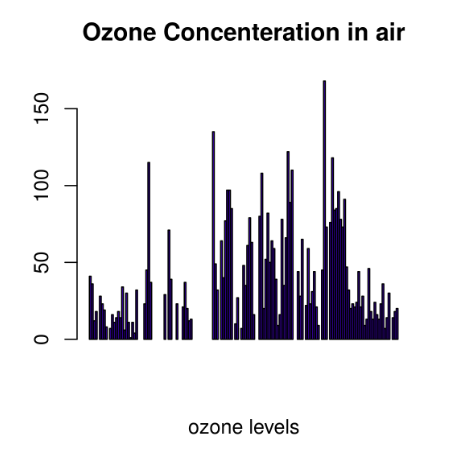 Bar plots are used for the following scenarios:

A histogram is like a bar chart as it uses bars of varying height to represent data distribution. However, in a histogram values are grouped into consecutive intervals called bins. In a Histogram, continuous values are grouped and displayed in these bins whose size can be varied. 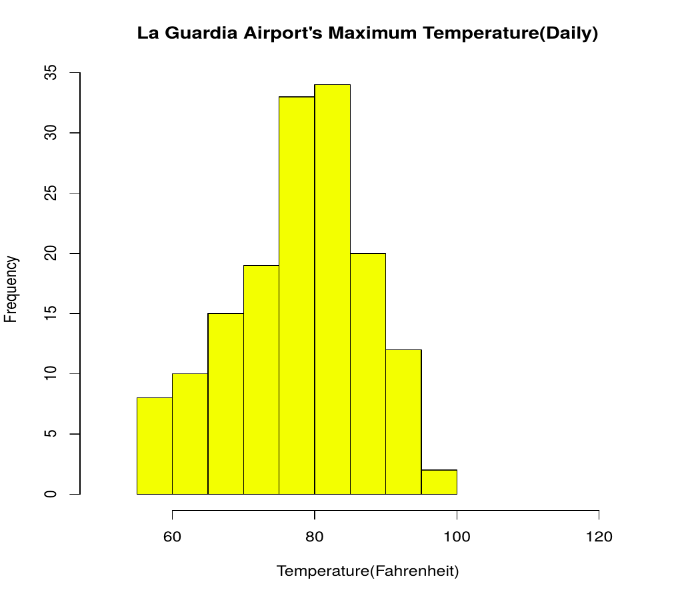 For a histogram, the parameter xlim can be used to specify the interval within which all values are to be displayed.
Another parameter freq when set to TRUE denotes the frequency of the various values in the histogram and when set to FALSE, the probability densities are represented on the y-axis such that they are of the histogram adds up to one.

Histograms are used in the following scenarios:

The statistical summary of the given data is presented graphically using a boxplot. A boxplot depicts information like the minimum and maximum data point, the median value, first and third quartile, and interquartile range. 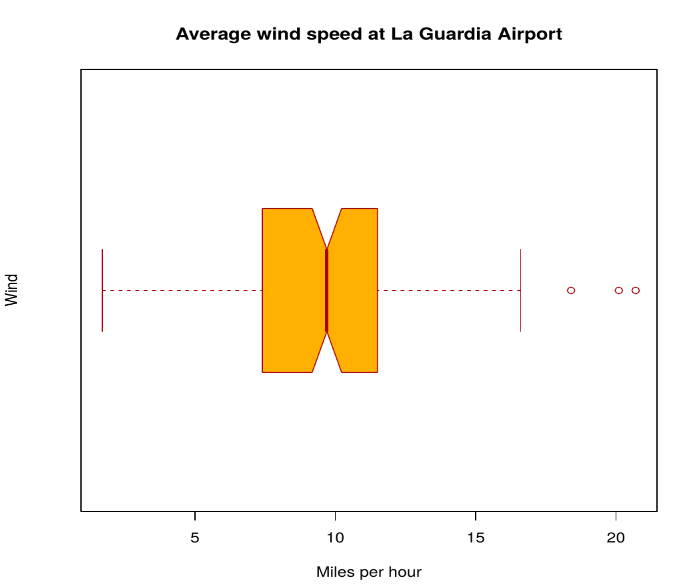 Multiple box plots can also be generated at once through the following code: 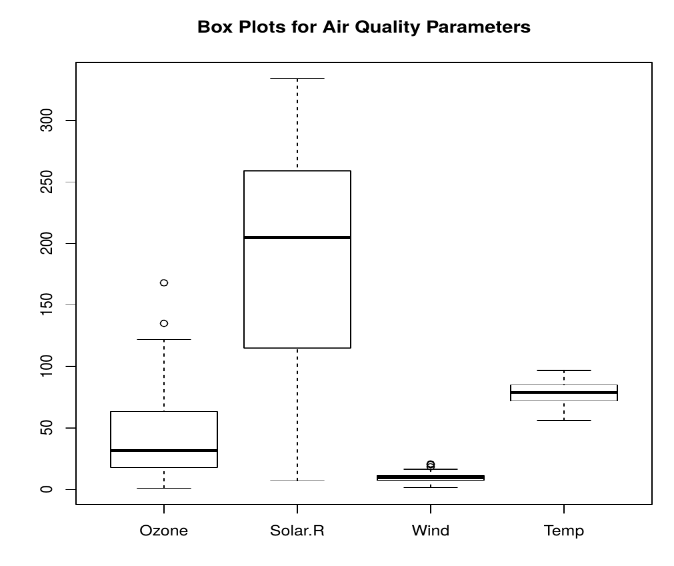 Box Plots are used for:

A scatter plot is composed of many points on a Cartesian plane. Each point denotes the value taken by two parameters and helps us easily identify the relationship between them. 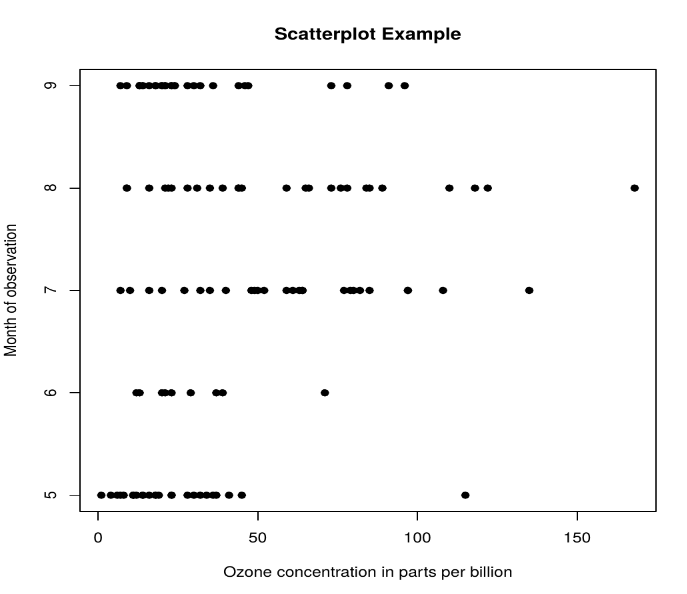 Scatter Plots are used in the following scenarios:

Heatmap is defined as a graphical representation of data using colors to visualize the value of the matrix. heatmap() function is used to plot heatmap.

Parameters: data: It represent matrix data, such as values of rows and columns

Return: This function draws a heatmap. 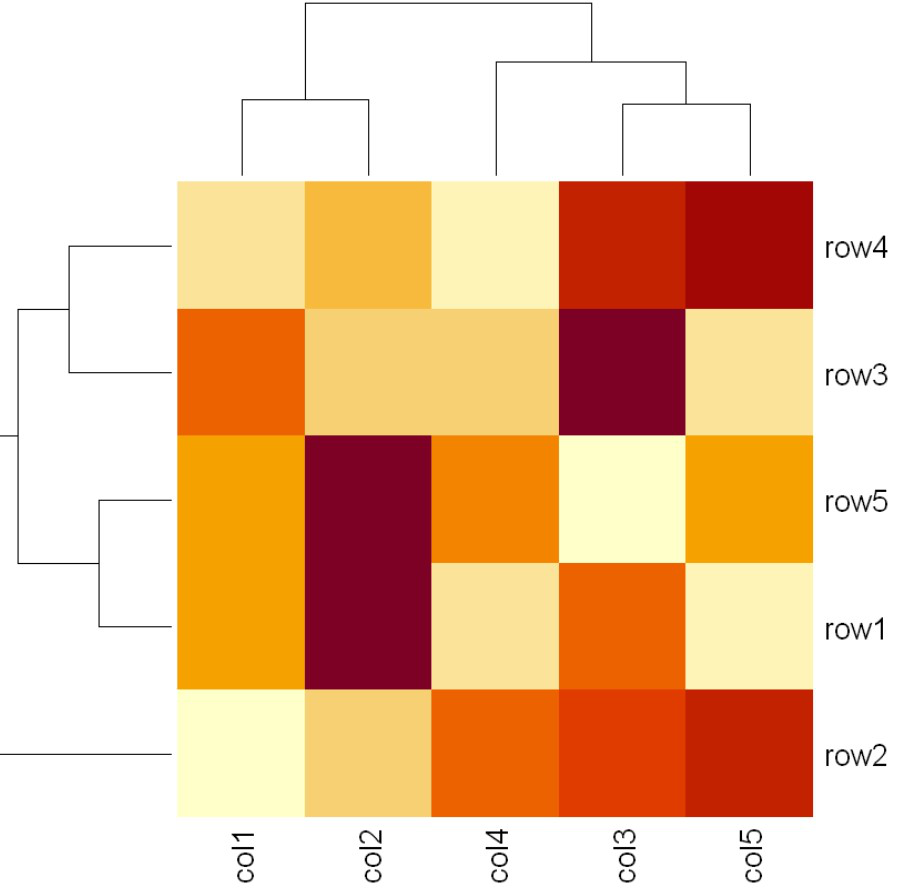 Link of the dataset: worldcities.csv 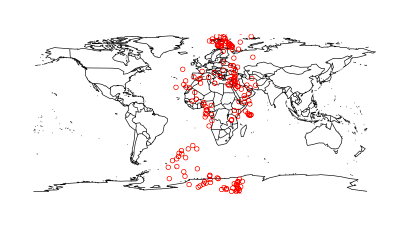 Parameter: This function accepts different parameters i.e. x, y and z where x and y are vectors defining the location along x- and y-axis. z-axis will be the height of the surface in the matrix z. 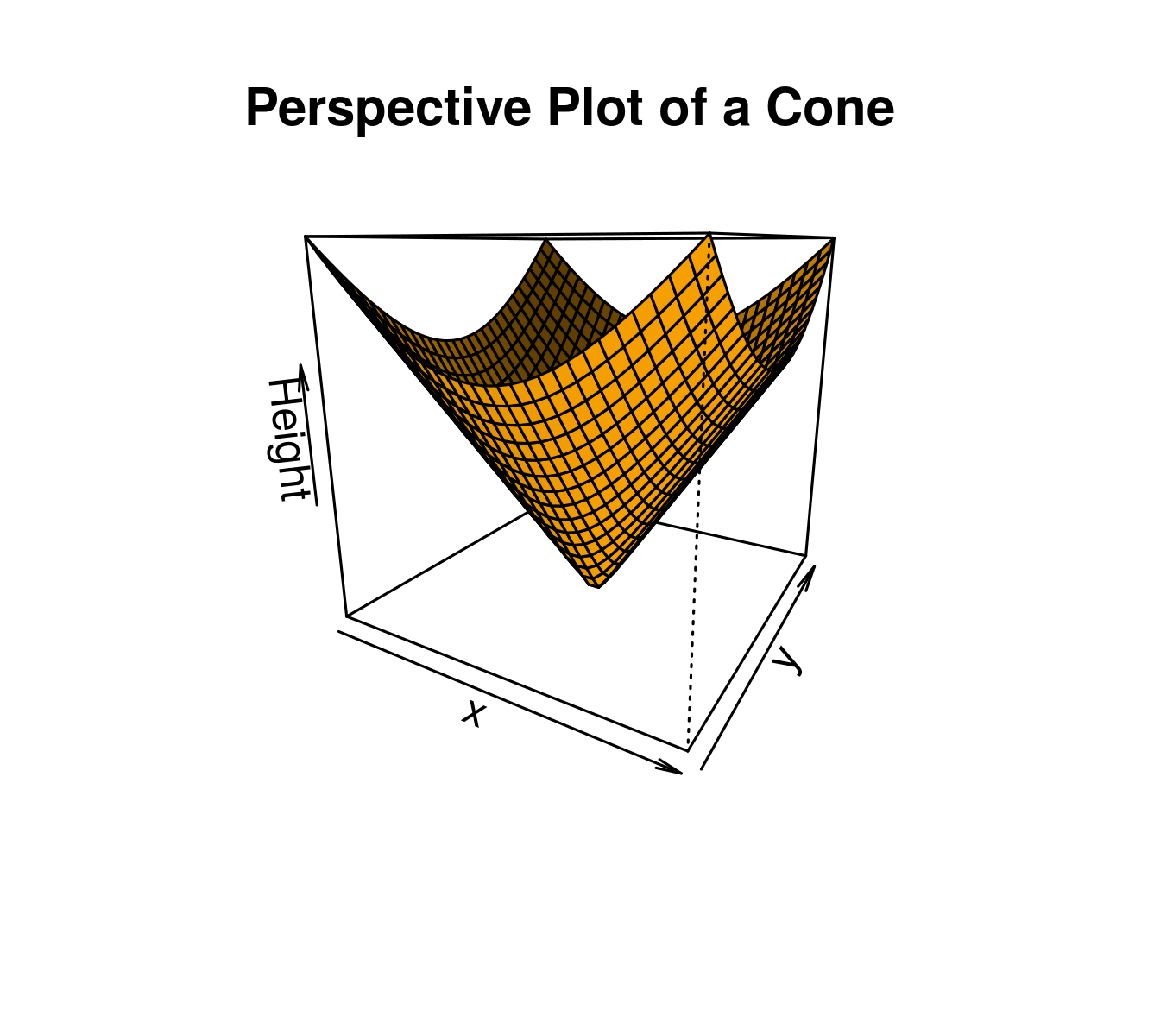 Advantages of Data Visualization in R:

R has the following advantages over other tools for data visualization:

Disadvantages of Data Visualization in R:

R also has the following disadvantages: