Amazon EC2 is one of the most popular AWS offerings. It stands for Elastic Compute Cloud. This is the way to do Infrastructure as a Service on AWS. EC2 is not just one service. It’s composed of many things at a high level.

Knowing how to use EC2 in AWS is fundamental to understanding how the cloud works because the cloud is to be able to rent computers whenever you need, on-demand, and EC2 is just that.

It is a bootstrap script to configure the instance at the first launch. Bootstrapping means launching commands when the machine starts. So, that EC2 User data script is only run once and when it first starts, and then will never be run again. So the EC2 User Data has a very specific purpose. It is to automate boot tasks such as

In this article, we are going to launch our EC2 instance running Amazon Linux. For this, we’ll be launching our EC2 instance which is, well, a virtual server and we’ll use the console for this then we will launch a web server directly on the EC2 instance using a piece of code as user data script and we will pass to the EC2 instance. Finally, we’ll learn how to start, stop, and terminate our instance.

Step 1. Go to the AWS Management Console (https://aws.amazon.com/console/). On services, tab search for EC2 and click on instances in the sidebar for creating an EC2 Instance.

Step 2. First, enter a name tag for the instance. This will act as key-value pair and if you wanted to add additional tags to tag your instance differently, then you could click on “Add additional tags”.

Step 3. Next, you need to choose a base image for your EC2 instance i.e. operating system of your instance. You can see a full catalog of OS that you can search but in this article, we’re going to use Amazon Linux, which is provided by AWS. 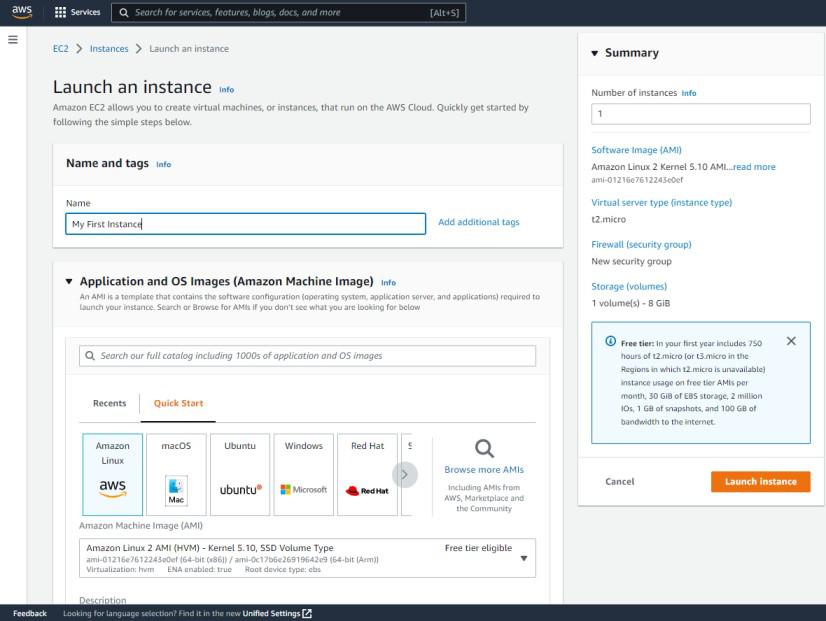 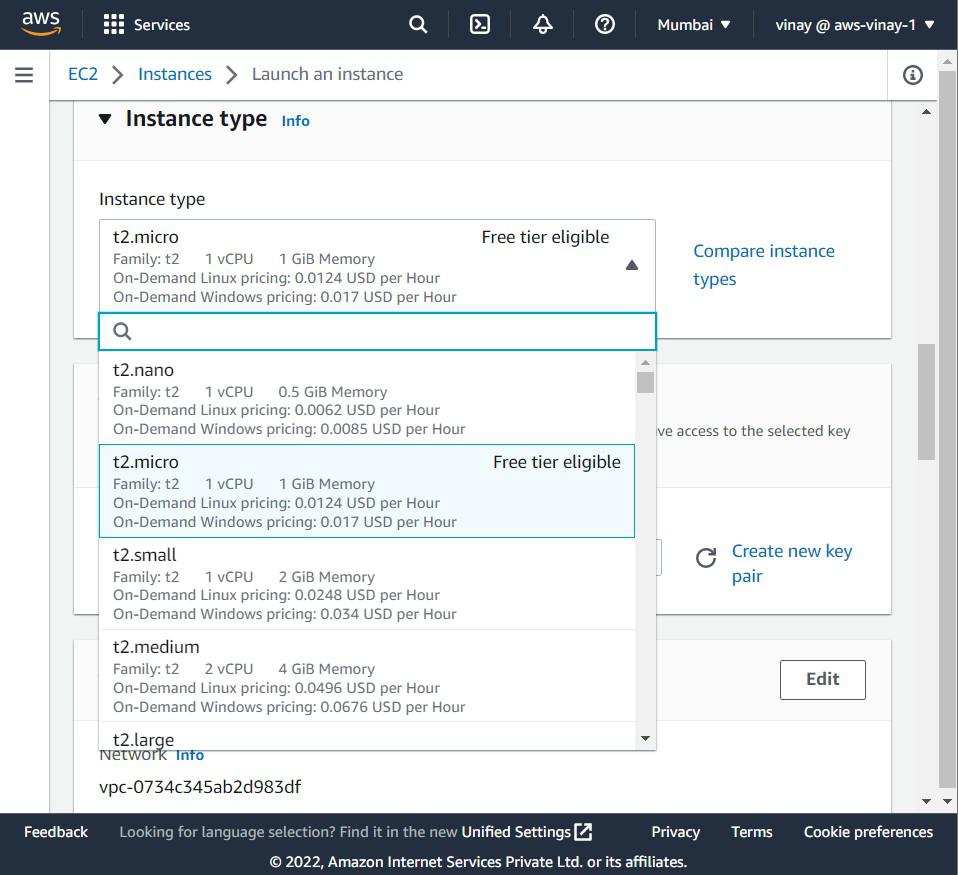 Step 5. Next, create a key pair to log into your instance. So this is necessary if we use the SSH utility to access our instance. We could proceed without a key pair, but for now, let’s go ahead and create a new key pair. 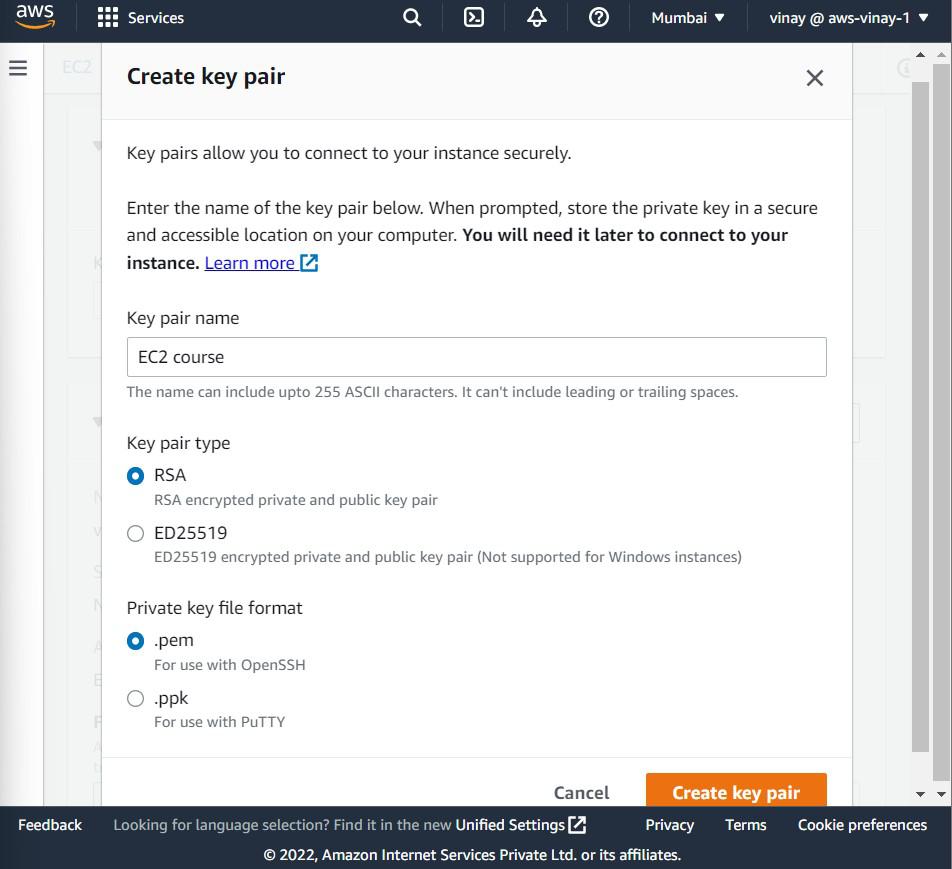 Step 6. Next, we have to go into network settings. Leave the settings to default Our instances are going to get a public IP and then there is going to be a security group attached to our instance (which is going to control the traffic from and to our instance ) and therefore we can add rules. The first security group created will be called launch-wizard-1 which is created by the console directly and we can define multiple rules here. So the first rule we want to have is to allow SSH traffic from anywhere and to allow HTTP traffic from the internet.

Step 7. Next, we need to configure the storage for this instance let’s have an eight-gigabyte gp2 root volume because, in the free tier, we can get up to 30 gigabytes of EBS General Purpose SSD storage. If you go into advanced details you could configure them a little more advanced in terms of storage, volume, encryption, and keys. One important thing to note here is the “delete on termination’ should be “Yes”. By default, it is enabled to yes, which means that once we terminate our EC2 instance, then this volume is also going to be deleted. 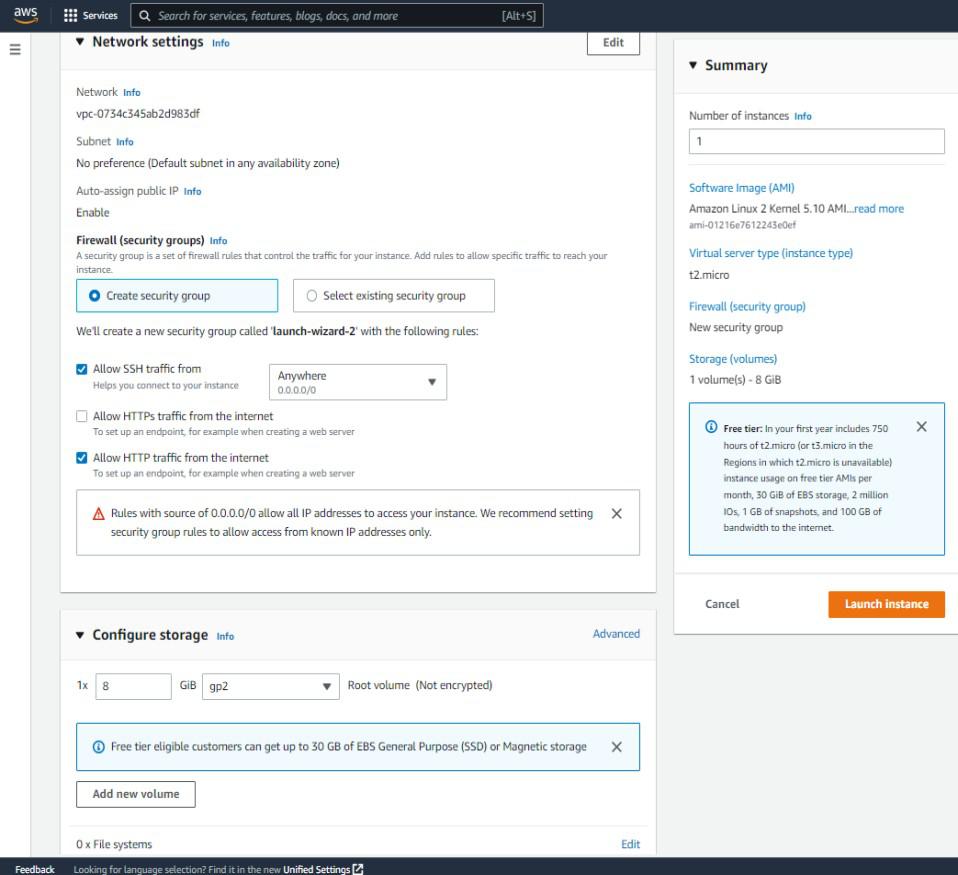 The above code is a shell script. This script is going to update packages, then install the HTPD web server on the machine, and then write a file using httpd, an HTML file that will be a web server. 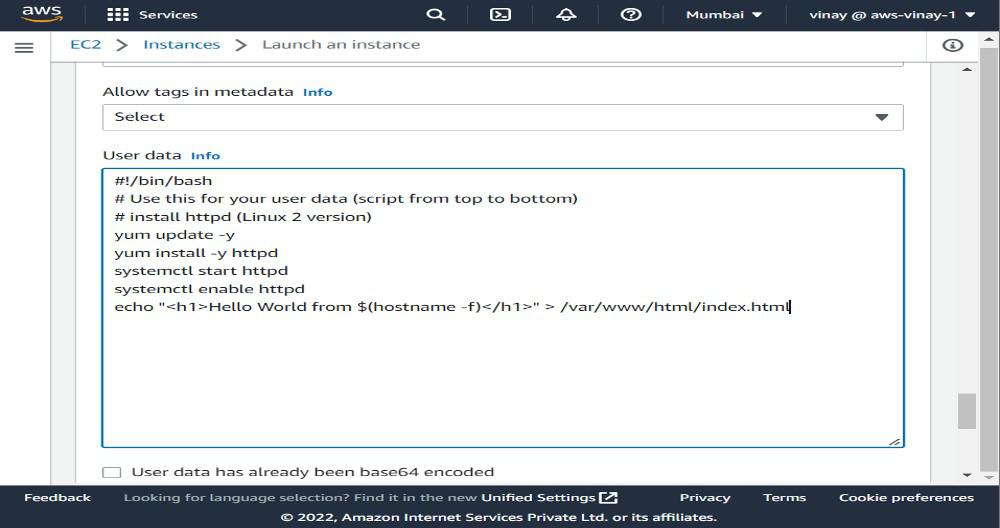 Step 8. Finally, we can review everything we have created and launch this instance. Let’s go to view all instances and refresh the page it’s gonna take about 10, 15 seconds for the instance to come up and this is the whole power of the Cloud we are able to create an instance or 100 of them very quickly in less than 10 seconds without us owning any single server.

Step 9. Once the instance name is created we can observe a few things 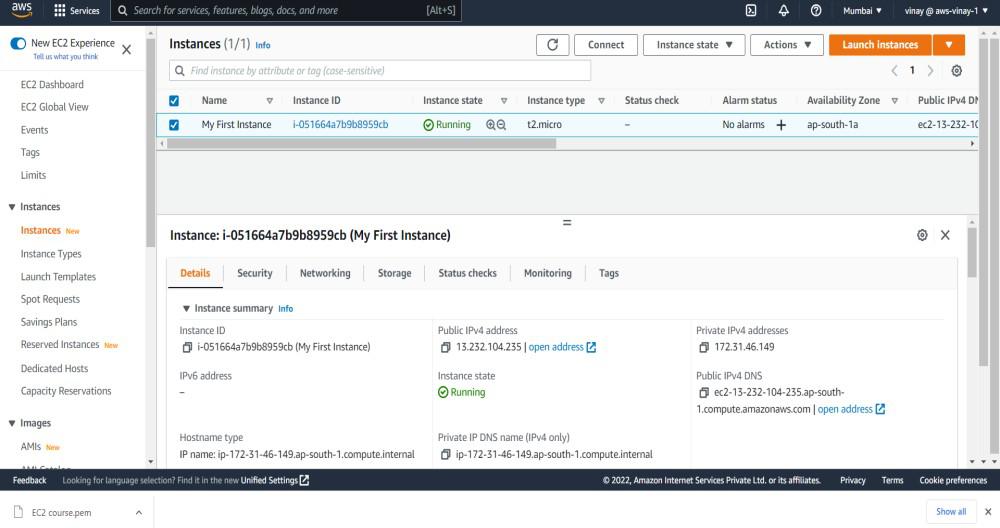 Let’s check the web server running on our instance. And for this, you go to a public IPv4 address, you copy this or you click on the open address and probably it doesn’t work. If you click on it, copy, and then paste it, you press enter, it’s going to work. So it depends on the web browsers you have and so on, okay, but the reason sometimes it doesn’t work is that in the URL, you need to make sure that you’re using the HTTP protocol. If you use HTTPS, this is not going to work and it’s going to give you an infinite loading screen. 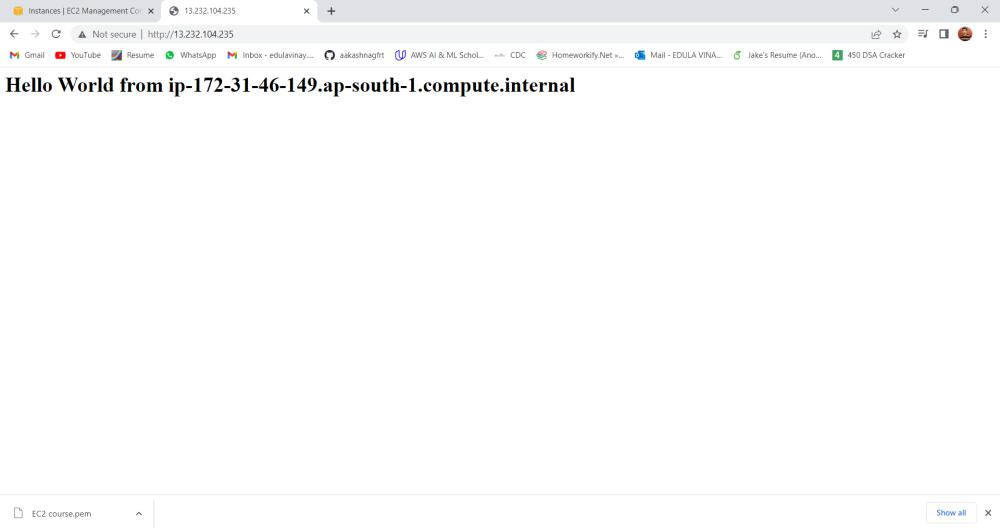 Step 11. We can see our EC2 instance is running but if we don’t need it, we can go to the instance state and then click on stop instance. And in the Cloud, you can start and stop instances just as you wish. The longer you leave it running, the more you’re going to pay. But if you decide to stop an instance, then AWS will not bill you for it. While the instance is in a stopping state and if we try to refresh our webpage it’s not going to work because you don’t have the server running anymore.

If you stop an instance and then start it later on and if we go to the browser and try again we can’t able to see our webpage. Even though the server is running we can’t able to see the message.  It’s because If you stop an instance and then you start it, later on, AWS changes its public IPv4 address. So, therefore, you need to copy the new IPv4 and make sure to use HTTP to have access back to our EC2 instance. If you finally want to get rid of this instance we can do an instance state and then terminate the instance. 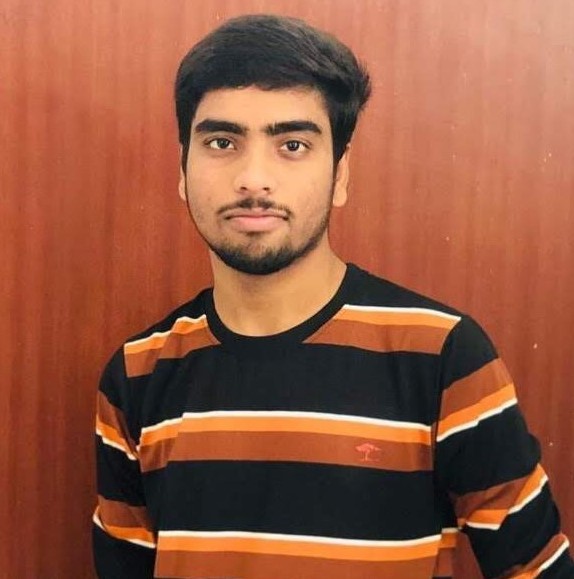